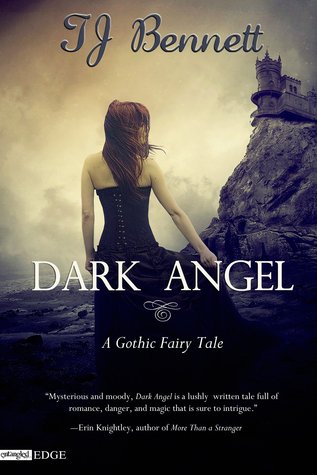 Strong winds and storm surges batter the hull of a ship carrying the young widow Catherine Briton home to England.

Catherine spots land and tells the captain that they should abandon ship and try to make it to the island. To her dismay the captain refuses and denies that he even saw the land.

The ship eventually sinks and Catherine is left floating in the ocean waiting for death to overtake her. Instead of dying, she wakes up on the beach of the island she saw from the ship.

A stranger rescues her and takes her back to his castle. When she awakes she finds that the man, Gerard, not only saved her life but he is ridiculously good looking as well.

As she regains her strength she finds that things are a little strange on the island. She seems to be stuck in some weird time  lapse. There is also a feral beast that stalks the island.

Because of the beast, Gerard forbids Catherine from exploring the island without an escort, she is basically confined to the castle. Catherine begins to wonder if Gerard is really as good as he seems or maybe he’s hiding something. There is something strange and dark about Gerard that Catherine can’t quite figure out.

The more time she spends at the castle and with Gerard, the more appealing he begins to look. Before she knows it she is insanely attracted to him. Things start heating up but there is something she is unsure of…..a dark secret he is hiding from her.

This book is an adult retelling of the classic fairy tale Beauty and the Beast with a bit of a gothic twist. Being extremely familiar with the original fairy tale, I figured that I would find the book more or less predictable, which was true but overall I didn’t find the book boring at all.

I liked the time suspension angle and the ‘magic’ curse of the island. I thought it was a different take on the original. The dark moodiness of the plot and setting worked well together. I felt like both Gerard and Catherine struggled with their own skeletons and I thought it added to the tragedy and tension in their relationship.

I wanted both of them to be happy and I was thrilled at the growing relationship between both of them. I liked that they had to work through their own issues separately but also as a couple to overcome their past and have a future.

The chemistry was clearly there between both characters. I felt their attraction and desire to be together exciting and plausible. I was instantly drawn to Gerard’s character. He was dark, brooding, and sexy. Catherine, likewise was charming, strong, and feisty which I thought fit well with Gerard’s character.

I was a little bothered by the conventional-ism of the romance though. Most romance novels follow the same formula and I felt like this novel was going against the grain with the dark, gothic feel of the story and I felt like the author might go with a little more of an edgy unconventional approach to the romance as well. I would have liked to have seen that angle worked a little more to the author’s advantage.

Unlike some romance novels, Bennett added a lot of depth to the characters. They weren’t flat or one denominational. There was change and development in both. I just wish she had avoided some of the cliches in typical romance novels (ie; I must be married before we can have sex) etc.

Overall though the novel was a fast, compelling read. I loved the concept and the setting. It was a well written adult fairy tale with a gothic twist…just what it promises.