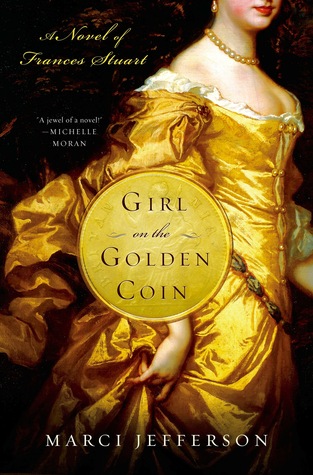 Being the king’s mistress was considered the pentacle of a courtesans career.

It was an offer that once made, could catapult the woman into a position with a lot of power and influence.

A king’s mistress could be in both the king’s bed and his head.

When the king tired of his mistress a suitable match would be found for her and once her favor went so did her influence.

For Frances Stuart this was a position she didn’t want to leave to the king’s whim.

Frances was literally the belle of the ball which is what earned her the nick name La Belle Stuart. Frances’s family was exiled into France until Charles could be restored to the English throne. While in the French court, Frances realized that the only way out of her exile was to marry.

While looking for an available husband, she meets Lord Buckingham who is in King Charles’s favor. He suggests that she become his mistress but when she rebuffs him he jokes that when she changes her mind to come find him.

Frances happens to also catch the eye of King Louis of France. While he openly courts one of her best friends, King Louis makes is plainly clear that he prefers Frances. Eventually he makes her an offer to become his mistress, but she refuses–she wants a guarantee that her influence won’t fall out of favor as it so easily does where mistresses are concerned.

King Louis sends Frances to the British court to see if she can win King Charles’s favor and help with the political concerns between the countries. But Louis isn’t the only one who hopes that Frances will find her way into Charles’s bed….the queen regent also wants Frances to use her ‘influence’ over the British court and help restore Catholicism to the throne.

But when Frances refuses to become Charles’s mistress, she finds that she is stuck in an awkward position. She has found that she has lost her heart to the King that she is trying to control but she must stay away or lose it all.

Frances easily captures the heart of any man that she meets, not just the two kings but many at court as well. She is known not just for her beauty but for her grace and poise.

In this novel that side of her really came shining through. I loved Frances, at times she could be a little naive and silly but overall I thought she was realistic and true to what is known about her in history.

I enjoyed the writing style of this novel and how fast it moved. I was immediately are drawn into the story by the prologue and found myself itching to get to the next chapter to find out what happens next.

The novel was richly textured with historic detail. I kept having to remind myself that this was a work of fiction because the historic facts were so well researched and presented. It was equal parts history and fiction which I loved!

The only thing I wish there was a little bit more of was some explanation about the period for readers….nothing big but maybe a little something to help navigate the politics of the period. For me, I am familiar with the Restoration era and the politics but not everyone will be so it would be helpful I think to have a little more reference to what was going on before setting the stage for the novel.

Overall though this was a charming, fast read that also had a lot of historic substance. It was great to read from Frances’s perspective and I loved learning more about her! What an amazing woman with a devilishly delicious tale to tell!

Book: Girl on the Golden Coin: A Novel of Frances Stuart by Marci Jefferson

One thought on “Review: Girl on the Golden Coin: A Novel of Frances Stuart by Marci Jefferson”