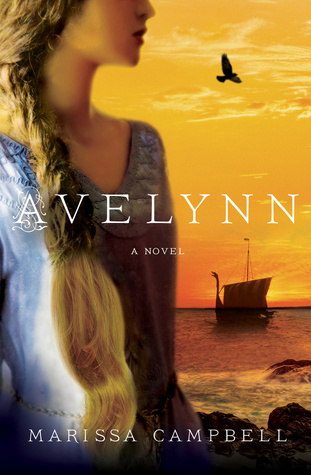 Avelynn, a Saxon noblewoman in 869, has enjoyed luxuries that most women of her time haven’t. Her father is a lord and allows her to attend gatherings and she eventually hopes to rule her lands….the last things she expects is for her father to marry her off.

Her father has allowed her to have a say in her suitors but with the threat of a Viking invasion and growing tensions abroad, his patience is wearing thin with her being picky. Avelynn continues to reject just about every suitor that  presents himself….her parents’ marriage was a love match so why shouldn’t her’s be one as well?

Well, her father has tolerated just about enough and arranges a marriage for her. When she learns of the arrangement she sets out with a trusted adviser to pray to her goddess for guidance. While performing an ancient ritual to the gods, Viking raiders surprise them.

The Vikings are notoriously blood thirsty and crave violence…….but when one Viking warrior comes forward to save Avelynn, she is immediately drawn to him. Alrik is not like the typical blood thirsty warriors that Avelynn expects to meet…he is fierce to be sure but there is a tenderness about him.

Avelynn and Alrik enter into a forbidden romance for a brief period of time before his duties call him to Ireland, leaving Avelynn behind to either challenge the arranged marriage or accept her fate and become wife to a man who is cruel and craves her fortune and power.

This book was hard for me to review. On one hand I finished it and wanted to know what happened to the characters but on the other hand I had a hard time buying into the romance aspect of the novel. I felt like it was trying to be both a romance novel and a novel about a woman fighting for her destiny and while books can successfully be both, this one fell short in the romance aspect for me.

Sure there were some heated scenes which were promising and even the romance line seemed promising in the beginning but I was having a hard time buying into the fact that they met once and bam were in love…..lust, sure no problem, but the love part was hard for me to accept given their limited time together. I almost felt like it would have been better if the author had nixed the romance and went for woman and her destiny instead.

There was too much time between Alrik and Avelynn the romance and Avelynn the woman to successfully mesh the two story lines together…….maybe if it were longer it would have helped.

That said there were things that I liked, because I did read it and did want to know what happened to the characters so I can honestly say I was interested. I also liked that the author was bold in some of the sexuality in the book. There were some homosexual scenes that I thought were an interesting twist in the novel and in the character storylines. Not to mention I thought they were tastefully done, not graphic but more sensual in nature not to mention very natural in their portrayal.

This is a debut novel and in that regard I think it shows promise…..with a little tweaking and refining this novel would be wonderful. It has all the right parts but lacks some refinement. I like that the author was unconventional with Avelynn’s character and some of the sexual elements, but I would have liked to have seen the two storylines mesh a little better.

Overall Campbell shows promise with her characters and a tantalizing sexuality that with refinement could become a serious contender in the romance market!

One thought on “Review: Avelynn by Marissa Campbell”