The holidays have officially kicked off now that Thanksgiving is over!

So who out there is looking for some great bookish stocking sutffers of gifts this Black Friday?

Well why not stop over at Entangled Publishing and check out their Black Friday deals? Sales run from 11/25 through 12/6. They have TONS of titles on sale for only 99 cents, and this is the perfect way to stock up those e-readers. You can even gift them to anyone, for awesome early holiday stocking stuffers that won’t break the bank!

Dinna fash Outlander and Lit Bitch fans, I am posting my review of the series for you!

I toyed with the idea of reviewing each episode in great detail but then decided that a collective review would be better suited to my writing style.

So here you have it, after eight weeks I feel as though I have seen enough to write a review of the series.

Outlander has hands down been one of the most satisfying book series that I have read. And many of you know that I have hosted the Outlander Reading Challenge for a couple of years now…..though I did take this year off I will be bringing it back for the 2015 reading challenge season so be watching!

The first book in the series, Outlander, is hands down a classic. It’s steamy, sexy, historic, reflective, philosophical, romantic, adventurous, and thrilling. There were many many things I loved. So naturally I had high expectations for the STARZ series.

END_OF_DOCUMENT_TOKEN_TO_BE_REPLACED

For those of you who have followed this blog for a lengthy time, you will know how much I LOVE the Outlander series! It is one of the best series I’ve read and I recommend it to almost everyone I meet who like historic fiction.

So it goes without saying that I have been glued to my TV every Saturday night watching the Starz Outlander series which is based on the books. I have been meaning to write a review of the series for quite some time.

I originally planned on writing a review for reach episode, but decided that might be too ambitious for this season….so I think I will write my own review at the end of the season. However for now, one of my friends, Spencer Blohm, asked if I would like to run his review on my blog in the mean time which I clearly agreed to. So sassenachs please enjoy Spencer’s review of the series here!  END_OF_DOCUMENT_TOKEN_TO_BE_REPLACED 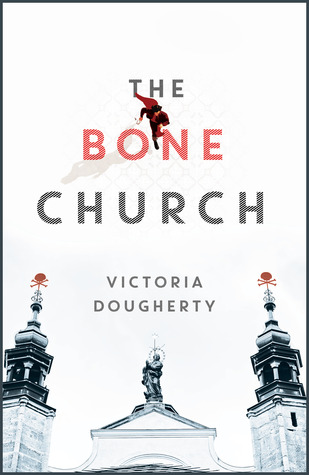 We all know that summer is prime reading time! Spy novels make the perfect beach read! Right now on Amazon Kindle, you can get The Bone Church by Victoria Dougherty for free! This thrilling debut novel is free for a limited time only, 5/21-5/25!

I will be reviewing this novel this summer and I can’t wait! It sounds so captivating and full of intrigue!

If you are interested in historic thrillers or spy novels then this might be a new one to try! And really, you can’t go wrong with free! Click here to purchase your copy today!

About The Bone Church

In the surreal and paranoid underworld of wartime Prague, fugitive lovers Felix Andel and Magdalena Ruza make some dubious alliances – with a mysterious Roman Catholic cardinal, a reckless sculptor intent on making a big political statement, and a gypsy with a risky sex life. As one by one their chances for fleeing the country collapse, the two join a plot to assassinate Hitler’s nefarious Minister of Public Enlightenment and Propaganda, Josef Goebbels. But the assassination attempt goes wildly wrong, propelling the lovers in separate directions.

Felix’s destiny is sealed at the Bone Church, a mystical pilgrimage site on the outskirts of Prague, while Magdalena is thrust even deeper into the bowels of a city that betrayed her and a homeland soon to be swallowed by the Soviets. As they emerge from the shadowy fog of World War II, and stagger into the foul haze of the Cold War, Felix and Magdalena must confront the past, and a dangerous, uncertain future.

I have some exciting news to share with all of my readers….Elizabeth Gilbert, bestselling author of Eat, Pray, Love, is letting her fans choose the US cover of her new novel THE SIGNATURE OF ALL THINGS—an epic novel of love, ambition and 19th century botanical exploration, coming out from Viking on October 1st.

Voting on three potential book covers begins today 3/21/13 at 8am on Gilbert’s Facebook page and runs through Sunday night 3/24/13.   I hope you’ll consider voting in this contest and helping spread the word about this exciting opprotunity!

See here for USA Today’s coverage including quotes from Gilbert.

To my knowledge, Gilbert is one of the first authors to hand such an enormous decision over to her fans.  Social media has become an integral part of any book launch – from author Twitter chats to Google hangouts to Facebook giveaways – but engaging fans in cover selection, a part of the business that has remained largely behind-the-scenes, will be surprising and exciting to many.

You can learn more about Elizabeth Gilbert and the voting at www.elizabethgilbert.com.

For me it produces a direct connection for the audience….a woman along amoung the flowers, it suggests a personal journey for the heroine. So there you have it, that’s how I’m voting!

Please help spread the word by voting, tweeting, and sharing on your social media platforms!

I can’t wait for the release of this book….it sounds very compelling!