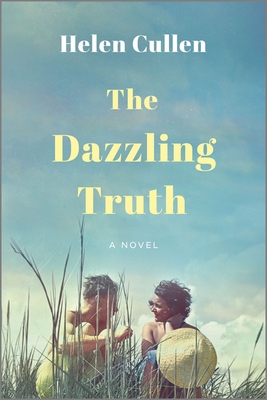 A story set on an island off the coast of Ireland? Umm yes please! This story sounds like it’s going to be full of romance and self discovery and all set in Ireland. That to me was the cherry on top.

This is a new to me author but I couldn’t be more excited to share about this book and also add it to my TBR.

Full of tragedy and romance and yet wrapped up in a heart warming book, this one has been getting rave reviews and if you are looking for something that provides a bit of an escape then this one might be fore you. Be sure to check out this little sneak peak below!

Poised to celebrate Christmas Eve on a beautifully scenic island off the coast of Ireland, the Moone family’s holiday is instead marred by tragedy. So begins Helen Cullen’s stirring family saga, THE DAZZLING TRUTH (Graydon House; August 18, 2020; $17.99 USD). Maeve and Murtagh Moone’s love story began in 1978, at Trinity College. As an aspiring actress and potter respectively, the two creative spirits were drawn to each other in an intense and lasting way, able to withstand almost anything, even Maeve’s bouts of crippling depression and anxiety. For a short time, anyway.

Marriage and children are the next chapters in the Moone family story, but Maeve struggles to reconcile her old life with that of the wife and mother she is supposed to be. Until one heartbreaking Christmas Eve in 2005 changes everything. Now each member of the Moone family must learn to confront the past on their own, until one dazzling truth brings them back together towards a future that none of them could have predicted. Except perhaps Maeve herself.

Murtagh had woken that morning, once again, to an empty bed; the sheets were cool and unruffled on Maeve’s side. He had expected to find her sitting at the kitchen table, wrapped in her hound’s-tooth shawl, pale and thin in the darkness before dawn, a tangle of blue-black hair swept across her high forehead like a crow’s wet wing, her long, matted curls secured in a knot at the nape of her neck with one of her red pencils. He had anticipated how she would start when he appeared in the doorway. How he would ignore, as he always did, the few moments it would take for her dove-grey eyes to turn their focus outward. For the ghosts to leave her in his presence. The kettle would hiss and spit on the stove as he stood behind her wicker chair and rubbed warmth back into her arms, his voice jolly as he gently scolded her for lack of sleep and feigned nonchalance as to its cause.

But Maeve wasn’t sitting at the kitchen table.

Nor was she meditating on the stone step of the back door drinking milk straight from the glass bottle it was delivered in.

She wasn’t dozing on the living-room sofa, the television on but silent, an empty crystal tumbler tucked inside the pocket of her peacock-blue silk dressing gown, the one on which she had painstakingly embroidered a murmuration of starlings in the finest silver thread.

Instead, there was an empty space on the bannister where her coat should have been hanging.

Murtagh opened the front door and flinched at a swarm of spitting raindrops. The blistering wind mocked the threadbare cotton of his pyjamas. He bent his head into the onslaught and pushed forward, dragging the heavy scarlet door behind him. The brass knocker clanged against the wood; he flinched, hoping it had not woken the children. Shivering, he picked a route in his slippers around the muddy puddles spreading across the cobblestoned pathway. Leaning over the wrought-iron gate that separated their own familial island from the winding lane of the island proper, he scanned the dark horizon for a glimpse of Maeve in the faraway glow of a streetlamp.

In the distance, the sea and sky had melted into one anthracite mist, each indiscernible from the other. Sheep huddled together for comfort in Peadar Óg’s field, the waterlogged green that bordered the Moones’ land to the right; the plaintive baying of the animals sounded mournful. Murtagh nodded at them.

There was no sight of Maeve.

As he turned back towards the house he noticed Nollaig watching him from her bedroom window. The eldest daughter, she always seemed to witness the moments her parents had believed—hoped—were cloaked in invisibility, and then remained haunted by what she had seen. Ever since she was a toddler, Murtagh had monitored how her understanding grew, filling her up, and knew it would soon flood her eyes, always so questioning, permanently.

He waved at her as he blew back up the pathway. Later, he would feel the acute pain of finally recognising the prescience his daughter seemed to have absorbed from the womb.

Nollaig was now standing before the hallway mirror, her face contorted as she vigorously tried to brush her frizzy mouse-brown hair into shape. She scraped it together into a tight ponytail that thrust from the back of her head as if it were a fox’s brush.

‘Ach, you should leave your gorgeous curls be, Noll,’ her father cajoled, ‘instead of fighting them.’

She smiled at him but slammed the mother-of-pearl hairbrush down on the sideboard.

‘I don’t have curls, I have Brillo pads,’ she sighed. ‘Did she say where she was going?’

Murtagh squeezed his daughter’s arm as he continued into the kitchen. ‘I’m sure your mother is just out for a walk. Happy birthday, love. Lá breithla shona duit.’

He placed a small copper saucepan of water on the range to boil and waved the invitation of an egg at his daughter. She nodded begrudgingly and curled into the green-and-gold striped armchair that sat in front of the stove.

‘With your white nightdress, you could almost pass for the Irish flag,’ he joked, and was gratified with her snort of glee.

He watched the clock hand count three minutes in silence. Expected any moment to hear his soaked wife splash through the door. He was poised, ready to run towards her with a towel and hushed reprimands for her careless wandering, but the boiling, cooling, cupping, cracking and spooning of each egg passed uninterrupted. Nollaig yawned, stretching her arms and legs before her in a stiff salute.

‘Why don’t you go back to bed for an hour?’ Murtagh asked. ‘We’ll all have proper breakfast together later.’

She eyed him with suspicion but acquiesced. ‘If Mam’s not back soon,’ she said, sidling away, ‘come and wake me. Promise? We’ll go out and find her. Remind her what day it is, for God’s sake.’

Murtagh nodded, ushered his daughter out of the kitchen and watched her climb the stairs.

Born on Christmas Eve, twenty years before, she was the only one of their children who came into the world via Galway maternity hospital and not into the impatient arms of Máire O’Dulaigh, the midwife of the island. She resented it; how it made her feel less of a true islander. What was more, the specialness of her own day for individual attention, her birth day, was irrevocably lost in the shared excitement of Christmas. In retrospect, it had been a mistake, perhaps, naming her Nollaig, the Irish for Christmas, and further compounding the association. No nickname had ever stuck, however. She wasn’t the sort of child who inspired others to claim her for their own with the intimacy of a given name.

‘Born ancient,’ her little sister, Sive, always said of her, with bored disdain.

And Murtagh sympathised. Nollaig carried the weight of being the eldest with pained perseverance, heavy responsibilities that were self-imposed. Her mother harboured a not always silent resentment of it, and it seemed only natural, if unfair, that Maeve and Sive gravitated more towards each other; the baby of the family shared her mother’s wit and wildness and often expressed the irritation her mother tried to hide at Nollaig’s sense of duty. 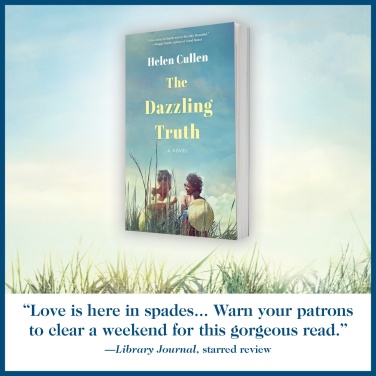 while completing the Guardian/UEA novel writing program. She holds an MA in Theatre Studies from University College Dublin and is currently studying further at Brunel. Prior to writing full-time, Helen worked in journalism, broadcasting and most recently as a creative events and engagement specialist. Helen is Irish and currently lives in London.