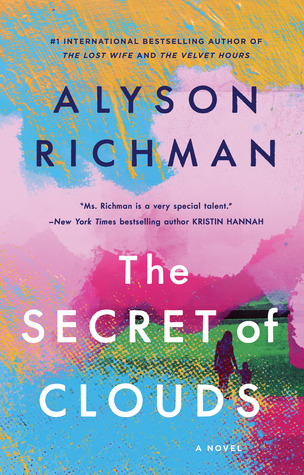 I am thrilled that I have this book up for review next month, but I wanted to get the word out to my readers so that they didn’t miss out on what is sure to be a wonderfully moving novel!

Internationally bestselling author Alyson Richman’s captivating new novel, THE SECRET OF CLOUDS (Berkley Hardcover; February 19, 2019; $26.00), is a touching story about a mother’s love, a teacher’s promise, and a child’s heart.

When an immigrant family leaves the Ukraine for New York after the Chernobyl disaster of 1986, they carry the burdens of their past along with them. A son is born with a rare heart defect, and his health is too fragile for him to attend school. When a devoted teacher is sent to tutor him at home, she is determined not to let his happy days of childhood pass him by – and soon, she learns the impact that one child can leave on her own life.

Richman’s story is in part inspired by her son’s first babysitter, who lived in the Ukraine following the Chernobyl disaster. She spoke with Richman about her first-hand experiences, which informed Richman’s realistic, devastating depiction of a little-discussed tragedy.

One of Richman’s dear friends, who is a teacher, also inspired the novel when she shared how she once tutored a child who was too sick to attend school, and realized a decade later what a lasting impression this student had on her life.

THE SECRET OF CLOUDS is a novel that will make readers examine what it means to live life with a full heart. 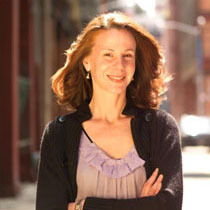 Alyson Richman is the author of six historical novels including “The Mask Carver’s Son,” “The Rhythm of Memory (formerly published as Swedish Tango),” The Last Van Gogh,” and three international bestsellers: “The Lost Wife.,” “The Garden of Letters” and “The Velvet Hours.”

Alyson spent her childhood in both Long Island and Japan, and is the daughter of an abstract artist and an electrical engineer, and graduated from Wellesley College with a degree in art history and Japanese studies.  She herself is an accomplished painter, and her novels combine her deep love of art, historical research, and travel.

​Alyson’s novels have been published in thirty countries and twenty languages. Her books have received critical acclaim in both the United States and abroad, where they, have been bestsellers in, not only the United States, but, also, several countries. She lives on Long Island with her husband and two children, where she is currently at work on her next novel, The Rivers of Grace.