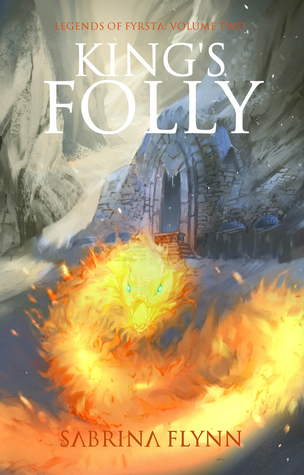 Here we are….back in Fyrsta and back with some of our favorite characters from the first novel! Isiilde is growing up and as always, she’s a bit feisty!

Isiilde and her friends Marsais and Oenghus risked going through a portal fleeing a madman, but what they find in this portal is anything but good, in fact the discover how truly inhospitable the realms are!

Isiilde and Oenghus grown closer as they endure unimaginable horrors.

Rather than focus too much on what the novel is about and give away any story lines, I want to talk about what was good and what was bad…that’s why you are reading this blog right?

OK so, let’s jump right in and talk a little bit about how the novel has evolved from the first book.

Let’s begin with the characters. Isiilde has changed significantly over the two books and continues to grapple with the dark things that have happened to her. I like that she never really gives up and lets her past consume her.

Without giving away too much, I will say that Isiilde has lost her childhood innocents and she is feeling that lose acutely. Throughout the book she struggles with that loss. Flynn does a great job at capturing the depth of that loss and how it effects Isiilde. I really enjoyed that aspect of the novel.

The high fantasy realm and all it’s creatures and such were as always fascinating. Flynn does a marvelous job creating a rich culture and world for readers to make themselves at home in. I loved Fyrsta the first time around and even more the second time around.

While the first book Flynn didn’t spend a huge amount of time world building (which I greatly appreciated) but dove right into the story. It seems as though Flynn favors the ‘let the world develop as the story does’ model. In this book there was the same subtle development in the world as the story went on and by the time the book was done I had a feeling that I knew the world without being ‘told’ about it….if that makes sense.

This book is packed full of adventure and quests, which is what I expect when I’m reading a high fantasy novel. While Flynn follows general fantasy story lines (questing heroes against treacherous villains) she makes the world and adventure come alive for readers with her vivid descriptions and romantic prose. She isn’t overly flowery in her writing style but there’s a clear tone of romance.

Having read the first book it didn’t take me too long to get my bearings and become acclimated with the characters and the world. I jumped right in with the story and was engrossed with it almost immediately.

It’s hard to say if I liked this book more than the first….I would say they were both wonderful and I really enjoyed getting to know the world and seeing the characters change and grow.

One last critique, the cover. I am not a huge fan of the cover art. I think with such vivid characters and a unique world, this cover just doesn’t do it justice. The orange/yellow of the dragon is almost distracting. It’s too bright next to the muted colors of the background for me. For me I like the colors but maybe less is more…??

Anyway this is a great novel and a wonderfully written series. If you enjoy high fantasy novels this is a good place to start since the focus isn’t completely on world building but rather the characters and their stories.