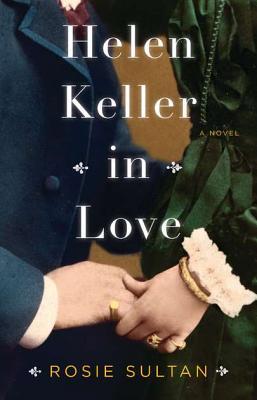 Many of you know Helen Keller as the ‘miracle’. The def/blind/mute that graduated from the prestigious Radcliffe College in Cambridge Massachusetts.

Keller toured the country telling the story of her life, giving lectures, and motivational speeches to thousands. But the story we didn’t get to hear was the one of how she fell in love.

In this fictional account of Keller’s love affair with her secretary Peter Fagan, the audience is treated to a unique world of people with disabilities who struggle to live normal lives.

Keller first meets Fagan when her long time companion, Annie Sullivan, grows ill on a tour. Fagan is dispatched to be Keller’s secretary but after meeting him, Keller is infatuated by him.

Both Keller and Fagan are socialists and opposed to the Great War. They are outspoken and find they have a lot in common. Fagan makes Keller feel things that she knows she shouldn’t–feelings that she should fight.

For years, Annie and Helen’s mother have told her she can never have a lover. Though she marches for women’s rights and for birth control, she herself is not allowed to have love.

In a barely post Victorian society, women–especially those with disabilities–were expected to never marry, have children, or find companions or lovers. It was a very taboo subject. But Helen wants nothing more than to feel like a sensible, desirable, woman and all that comes with that feeling.

Almost immediately after meeting Fagan, their romance quickly took root–and what a whirlwind romance it is! Though that romance comes at a cost. Will she forsake the companions who helped her grow into the woman that she is or will she abandon them for the love of a man she barely knows?

In this book, Sultan takes on an impossible task. Not much–if anything–is known about Keller’s love life and because of that, I wanted to read this book.

I wanted to love this book, and there were parts of it that I found stunning but other parts were a little mismatched for me. For example, I found it a bit disconcerting that she fell for Fagan so quickly. She hardly knew anything about him and they had only really had a handful of conversations before she was all “I love him!”

I never really warmed up to Peter–ever. I suppose that was the point, but I would have liked to have felt a little something toward him instead of disdain.  I think the prologue kind of ruined his character for me which as a reader made me sad.

I think this book was more about Helen discovering her sexuality versus finding true, emotional, intimate love. I will say that Sultan did a good job creating sexual tension between Helen and Peter.

The way she needed to feel his face and lips for the words and how she recognized him by his scent….all of that is very sensual and I could really feel the draw between the two based on those intimate things.

While there were some challenges in the plot and characters, I did enjoy Sultan’s portrayal of Helen. I really got the feeling that her life was never truly her own. I felt equally frustrated, limited, and restricted by not just her disabilities but also the post-Victorian ideals of women and society.

I loved Annie as well. I really felt that she loved and respected Helen, she only wanted the best for her companion. I loved that she was strong, dedicated, and loyal. I wanted to learn more about each of these extraordinary women.

Sultan must have spend hours and hours researching Helen’s story and her relationship with Annie. From that point as well as the historic setting, I thought Sultan did a marvelous job. It was a well researched novel, but a little chopping with the writing style. I thought some of the information was redundant and like I was being forced to acknowledge the obvious instead of letting me draw come of my own conclusions etc.

This  was a quick novel to read. There wasn’t a lot of thick, lengthy chapters. A lot of information was presented but it wasn’t an over-abundance of info which made the story move right a long nicely and at a quick pace.

Reading this novel offered a lot of insight into Helen and her life, and from that standpoint this is a novel worth reading. The development of the romance left something to be desired. Overall the novel was decent for me and worth a read simply for the insight into Helen’s life.

Book: Helen Keller in Love: A Novel by Rosie Sultan