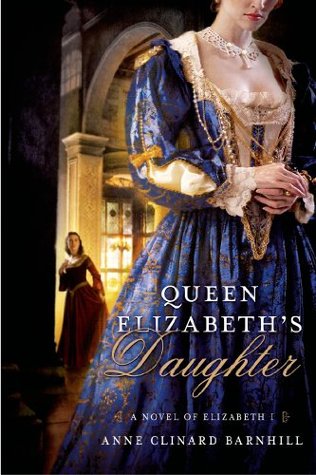 Mary Sheldon has grown up in the glittering court of Queen Elizabeth I. Mary is an orphan and as a young cousin to the Queen, she is taken in as a ward and raised at court.

Over the years, the Queen has groomed Mary for a prestigious marriage, perhaps to a prince to secure an alliance.

Mary has been taught by the best tutors and has even serves on Queen Elizabeth’s council meetings.

She is well prepared to be in a prestigious marriage but she longs for love. The Queen’s ideal match would be a prince or at the very least, an Earl. Edward, the Earl of Oxford, would make a splendid match for Mary.

He is powerful, handsome, and rich…all traits that the Queen admires and desires for Mary. However, Mary has other ideas. When she looks at the Earl, she sees all these qualities yes, but she also sees that he is cruel and she refuses to marry him.

Mary’s heart lies with the low born knight, John Skydemore. He a widow who has little money and five children. The Queen didn’t spend all those years raising Mary like her own daughter to have her throw it all away by marrying well beneath her station.

John and Mary defy their Queen and move forward with their marriage to the shock of the Queen. What they didn’t expect was that Queen Elizabeth’s fury knows know bounds….hell hath no fury like a woman scorned!

Reviewing this book was difficult for me. There is a lot….and I mean A LOT….of Tudor/Elizabethan literature out there  so it’s a challenge to find something different and unique in the genre.

There was nothing necessarily ‘unique’ in the story itself at least for me, but what set this novel apart and made it different was the attention to the details.  The Elizabethan court was vibrantly brought to life and was full of descriptions. I could see all the court perfectly in my mind.

The little details in the historic aspects of the novel were also well written and added so much to the overall story. I loved reading about the Queen’s summer travels, the religious conflicts, and all the real life people at court.

The overall story was presented well, at times predictable, but as a whole the climax and resolution was well constructed and suspenseful enough to keep me interested.

At times I didn’t necessarily care for Mary’s character. I felt like she was a little to naive and sheltered. I realize as Elizabeth’s ward she would have been protected from ‘reality’ and probably a little naive but as the main character I sort of expected her to be a little more mature. While I liked her, I didn’t LOVE her.

I was a little distracted by the italicized passages at the end of the chapters. I wasn’t sure what purpose they served. At first they seemed like Queen Elizabeth’s private musings going on in her head but then I thought they were maybe thoughts that she shared with her companions….either way they were a bit of a distraction for me.

Overall this is a good novel and I really liked it. Though it wasn’t wildly different and unique, the story is timeless and there’s a lot to love in this historic period. The author did a smashing job on the details and historic content.

The characters are enjoyable and easy to like. If you are a fan of the Tudor lit genre and are looking for something NOT about the Boleyn’s or King Henry VIII then this would be a good choice!

Monday, March 10
Review at Words and Peace
Review & Giveaway at Peeking Between the Pages

Wednesday, March 12
Review at A Chick Who Reads
Review at CelticLady’s Reviews

Monday, March 17
Review at The True Book Addict
Feature & Giveaway at Passages to the Past

Wednesday, March 19
Review at One Book at a Time

Friday, March 21
Review at So Many Books, So Little Time

Monday, March 24
Review at Scandalous Women
Review at She is Too Fond of Books

Tuesday, March 25
Review at Oh, For the Hook of a Book

Wednesday, March 26
Interview at Oh, For the Hook of a Book

Friday, March 28
Review at The Musings of ALMYBNENR

Thursday, April 3
Review at Books in the Burbs

Thursday, April 10
Review at The Most Happy Reader