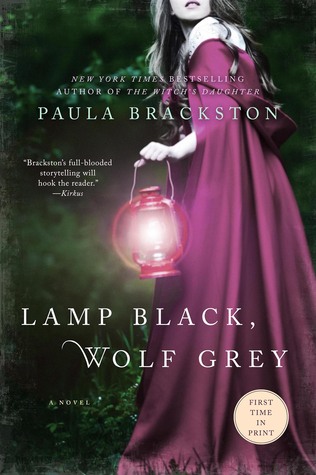 Artist Laura Matthews and her husband Dan and decided to move to the Welsh countryside for a couple of reasons. They have enjoyed their lives in the city but for Laura, she hopes that living in the country will inspire not only her artwork, but also a baby.

Dan and Laura have tried repeatedly for a baby and nothing has seemed to work. Laura hopes that the relaxed environment will help them achieve what they both desire, and she hopes that living there will help ease some of the other difficulties in their marriage. Dan on the other hand is not terribly excited about living in the remote area but he does hope that they will have a baby.

The Welsh mountains are full of legend and lore….and a host of other characters. There is Rhys the charismatic loner who pursues Laura with fervor. And Anwen, the wise old woman from the neighboring farm who seems to know so much but talks in riddles. And then there is the mysterious Merlin.

Merlin had once walked the same land with his faithful grey wolf at his heel. It was here he fell in love with Megan, nurse-maid to the children of the hated local noble, Lord Geraint. Merlin was young, at the start of his renowned career as a magician, but when he refuses to help Lord Geraint it is Megan who may pay the price. The stories of Laura and Merlin are woven together in the magical way that Brackston is known for!

I’ve read a lot of Brackston’s books, mainly her witch books, which are always entertaining and well written. This book was a little different than her signature witch books but it still had some of my favorite elements such as a mystical setting and a strong heroine that many readers can relate it. What I liked about her heroines is that they are also flawed in some way, and Laura is no different. For me though, Laura came with a little more baggage than some of Brackson’s other characters, which was fine– but different.

Even though Laura had some baggage and was a little more flawed than some of her typical heroines, she was still realistic, complex, and had very relateable flaws. I had a little difficulty with the relationship between Rhys and Laura, not because she was already married necessarily but just their interaction seemed off to me.Her inability to get rid of Rhys was just annoying and I was ready for their affair to end. I personally was kind of put off by Laura’s husband in the beginning so I wasn’t completely put off by her attraction to another guy but at the same time, Rhys was not the ‘knight in shining armor’ that I had hoped.

I liked that the story of Merlin and Laura were woven together….past and present, but part of Merlin’s story seemed a little wanting for me. He continues to be a mysterious figure and I liked that, but at the same time I had hoped to form more of a connection to him as a reader. He’s such a legendary figure in literature and I just had hoped for more from him in this story. He just seemed more downplayed in this book and I wanted him to take center stage.

The over all setting and descriptions of the Welsh countryside were flawless as always. No one captures the magic of this beautiful land like Brackston. She writes with such admiration and love for her country that no one else can even come close to describing it’s beauty like her.

Overall this book was just ok for me. There were things that I liked and things that I didn’t but at the end of the day, I love Brakcston’s stories and her magical descriptions of Wales that I would read anything by her knowing that it would at least be a decent read if not a wonderful read!