Sebastian Sinclair, the Duke of Wessex, is not in love with Eliza Benton—nor anyone else, for that matter. But he must marry and produce an heir, and love is not required for either. His future duchess must be of high birth and good nature, a lady unlikely to snipe at him over breakfast. In short, the complete opposite of Eliza. So who better to help him find a bride?

Eliza Benton is not in love with the Duke of Wessex. He’s infuriating, arrogant, and an ass of the first order. Not that she has any intention of marrying anyone now that her secret dream is on the cusp of becoming reality. A husband would ruin all her careful plans. But she’s all for finding her nemesis the perfect bride, anything to get him from underfoot so she can focus on her writing.

Thank goodness Sebastian and Eliza aren’t in love. That would be disastrous.

He found her there, her hands clasped behind her back, contemplating the shelf in front of her. She did not turn at the sound of his footfall, but there was a straightness to her spine, an alertness in the tilt of her chin, that gave the game away. She was not unaware of his presence; she was simply ignoring it.

“Are you angry with me, Sigrid?”

She did not move. “Why would I be angry with you, Your Grace?”

This gave him pause. They had not spoken since they’d parted in the orchard. Their last words had not been angry, and yet he felt uneasy, as though they had quarreled. He had certainly given her reason to esteem him less, although that mattered little, as she had never held him in high regard to begin with. She had always believed him to be a vain, frivolous man, and since he was in fact exactly so, he had done his utmost to assure her of her correctness in this.

She had lost both her mother and stepmother in a terrible way, and feared that she would join them. Such a hard burden for anyone to bear. He wanted to comfort her, though her loss was no longer fresh.

“I cannot think of anything I have done to anger you.” He considered his words. It was possible they were not strictly true. “Of late.”

“Then why do I feel the need to apologize?” he complained. “That is very unjust. The words hover here at the tip of my tongue, ready to launch themselves to your ears. My knees want nothing more than to buckle so that I may bow humbly at your feet.” He shook his head sadly. “I don’t deserve this.”

“I shall leave that question to your conscience.” 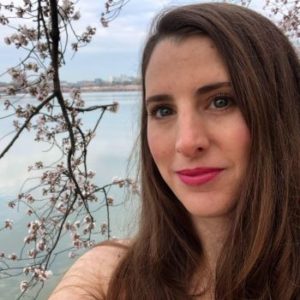 Elizabeth Bright is a writer, lawyer, and mother living in Washington, D.C. Her debut historical romance, Twice As Wicked, was published October 2017 with Entangled Publishing. Stay tuned for more of the Wicked Secrets Series!

Elizabeth loves large dogs and large coffees. She is an avid outdoor enthusiast, and when she’s not writing, lawyering, or mothering, she can be found as high in the mountains as she can get.

She firmly believes that love is the greatest adventure of all, but rock climbing is a close second.

Thursday, March 26
Excerpt at The Lit Bitch
Feature at What Is That Book About

– Giveaway ends at 11:59 pm EST on March 27th. You must be 18 or older to enter.
– Paperback giveaway is open to US only.
– Only one entry per household.
– All giveaway entrants agree to be honest and not cheat the systems; any suspicion of fraud will be decided upon by blog/site owner and the sponsor, and entrants may be disqualified at our discretion.
– The winner has 48 hours to claim prize or a new winner is chosen. 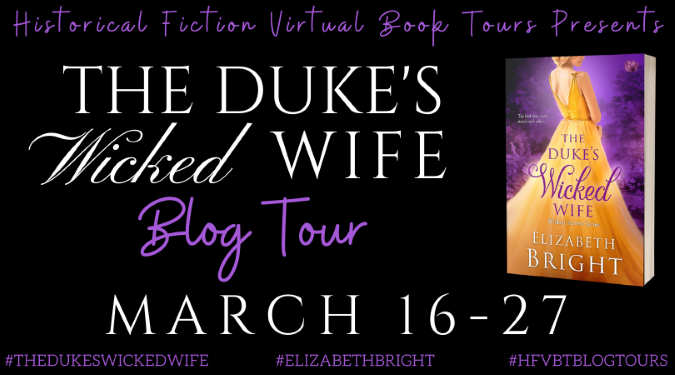 One thought on “Special Feature and Excerpt: The Duke’s Wicked Wife by Elizabeth Bright”