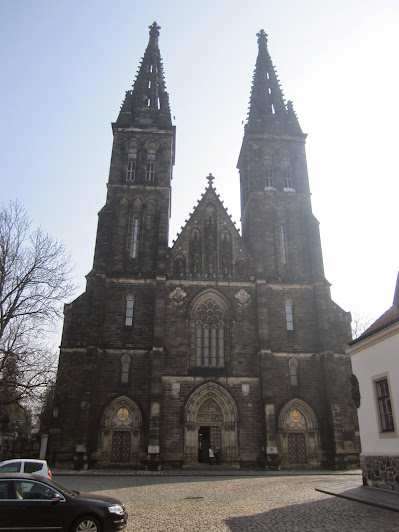 Today, shit got real….real quick. Today was the day for beautiful places of worship and annoying ass European students on holiday.

I should have known when I couldn’t sleep last night that today was going to be challenging. For some reason I’ve had the hardest time adjusting to the time change, normally when I travel to Europe, I have no issues as long as I get one solid 12 hour night of sleep which usually happens the first day I’m here so then I’m good to go for the rest of vacation.

Well this time I’ve slept about 4-6 hours a night in intervals. Tuesday night I slept a straight 7 hours and last night, only 4. So needless to say I woke up this morning irritable. After 3 cups of coffee at the hotel, we decided it was time for get up and out for the day.

Since it’s supposed to rain tomorrow we decided to get in all of our ‘outdoor’ things in today since it was going to be sunny and 61. We decided to try and get off the beaten tourist track, since yesterday the Asian tour groups were enough to do us both in. So we headed to St Peter and Paul Cathedral, which is about a 3 mile walk from our hotel. We left early (9:00 am) so we could avoid the ‘crowds’. The walk itself wasn’t bad but the last quarter mile or so was all uphill with stairs and considering our feet are already pretty fatigued, that climb was tiring.

Let me just say though, the hike was completely worth it. The Cathedral inside was stunning not to mention grounds. A little background….St Peter and Paul Cathedral (or I guess I should call it the Basilica of St Peter and St Paul since Pope John Paul II elevated it to Basilica in 2003) was originally founded between 1070-1080 and is situated on the hill above the Vltava River which was once the site of the original castle seat and Medieval fort, Vyšehrad.

The Basilica is also surrounded by Vyšehrad Cemetery, which is the final resting place for many famous Czechs…..including Alphonse Mucha, the famous art nouveau artist. I am fascinated by old cemeteries. I love seeing how the years and cultures have changed traditions honoring the dead.

This cemetery was no different…..this cemetery didn’t have the mausoleums like Paris did, instead this cemetery was full of cloisters mimicking the same designed inside the cathedral itself. There is also a center piece of the cemetery called the Slavín which is a large tomb where many notable Czechs are interred.

Also in this area surrounding St Peter and Paul, lie a number of other hidden treasures in addition to the cemetery. On the hillside near the Cathedral lies the remains of the original ‘Prague Castle’ dating from the 10th century. The hilltop refuge is also home to the oldest building still standing in Prague, the Rotunda of St Martin which dates from the 11th century.

The views of the river from the hillside are serene and wondrous. If you are looking for a ‘hidden gem’ in this beautiful city, I highly recommend making the hike up there. There is a lot to see, the Basilica interior is an architectural enthusiasts dream full of Gothic, art nouveau and even Baroque styles, macabre enthusiasts will enjoy wandering the cemetery looking at the decorative crypts and headstones, and history buffs will find now shortage of artifacts and exhibits to see.

So after wandering the grounds for the better part of 2 hours, we decided to head down to Old Town and have lunch at a Pizzeria before deciding what to do with the rest of our day. By the time we made it to Old Town, my feet were numb and quite literally ready to just give out all together. After carbing out and a double espresso later, we decided on touring the Jewish Quarter since it was nice out.

The Jewish Quarter has a ‘passport’ option to tour all the synagogues, the Jewish museum, the Ceremonial Hall, including the Old Jewish Cemetery for 480 CZK (about $20.00). There were other levels but we opted to go all in and see everything. By now it’s about 1:00 pm and the tourists are out in full force.

Sam was in a little bit of a mood and I can’t say that I blamed him, but he was still working my nerves by the time we got to the first synagogue. He wasn’t really into the whole Jewish Quarter experience but for me, it was a must do. I have a hard time enjoying things when I know that my companion isn’t having a great time so since I was already irritable, tired, and in general….annoyed…..this whole experience just had bad written all over it.

But when we walked in to the first synagogue and they handed Sam a Yakama, I literally couldn’t stop laughing. The look on Sam’s face was like “WTF are you serious?!”…..that made me lose all annoyance instantly and restored my good mood…..until the Italians arrived.

The Jewish Quarter tour, as I said includes seeing all the most well known synagogues including the Jewish Cemetery. The Old New Synagogue is the oldest active synagogue in Prague. It was completed in 1270 and is the oldest surviving medieval synagogue of twin-nave design. The Pinkas Synagogue was built in 1535 and is currently acting as a memorial to the Holocaust as its walls are covered with about 77,000 names of Bohemian Jews who died in the Holocaust. This is also the location of the Old Jewish Cemetery.

Anyway, so we make it through Old New Synagogue without incident and move on to the Jewish Museum and Ceremonial Hall…..again without incident. We make our way to The Pinkas Synagogue and as we round the corner…..boom shit got real.

So we are sandwiched in between these massive groups of students. There is no order and there are people EVERYWHERE. No one can move and Sam and I are literally stuck in the huddled masses. We can’t look at any of the exhibits or read any of the signs about Jewish history and culture which made me so sad but ultimately people being in my personal space pushing and shoving their way around me won out and I looked at Sam and I was like I NEED OUT!

So I begin to make my way toward the exit and begin clearing a path by shoulder checking the hell out of every single person in my way. If they all just want to stand around flirting and enjoying their holiday…..that’s great but it’s my vacation and I’ve had enough of high school children prior to this vacation and I can’t deal with rude foreign students who are milling aimlessly about.

We made it out and rushed through the Cemetery to beat the next large group of students that was also dropping off. Since The Maisel Synagogue was closed for renovation, we raced along to The Spanish Synagogue moments after yet another tour bus full of children was dropping off. We waited to give them plenty of time before we went in. The coast was clear…..no more buses in sight.

The inside of The Spanish Synagogue was absolutely stunning. It rivaled any Christian church I’ve seen. The opulence and grandeur was a wonder to behold. The previous synagogues were modest and plain, this was full of color and gleaming gold accents. There was also an exhibit of Jewish history in Prague. The part I found most interesting was the sections about Terezin Concentration Camp since we had been there earlier in the week.

It was also interesting to read about how the Jewish population in Prague had developed and changed since WWII…..I would like to have read more but two more tours of Italian and Spanish high school students arrived and pushed and shoved Sam and I all out of the way so they could read the exhibits……again God forbid the teachers regulate their students and have them enter in an organized respectful fashion.

Sam and I begin making our way to the exit and on the steps out of the synagogue, we realize we can’t get through because all the students are sitting on the steps and won’t f-ing move…..so we literally just pushed and step our way over them not caring if we crush any fingers or kick anyone in the face on our way out.

We finally make it outside which was thankfully free of students. By this time we are both absolutely DONE with people. Sam needed the bathroom but we are out of change to use the WC (water closet/bathroom) which yes you have to pay for…..and we were kind of hungry not to mention tired or the huddled masses. So we looked at each other and were like ‘we’re done here’.

We walked back to Old Town Square, bought yet another pastry (trdelník) and made a beeline for our hotel room (another 1 mile walk). By now it’s about 3:30 in the afternoon and there are high school aged tour groups EVERYWHERE…..surprisingly, there were not that many large Asian groups, most of the large groups were European high school students on holiday.

By the time we made it to Charles Bridge back to Lesser Town and our hotel, Sam and I were done being polite and moving over for people and nicely avoiding couples/groups trying to take pics….we were both shoulder checking EVERYONE and not moving over when people were walking toward us and we could care less about the people taking selfies and us photo bombing them.

I literally looked at Sam and was like ‘do you know where our hotel room is? If we get separated I’ll see you there’ and I was OUT. The objective was to get to the hotel room as fast as possible so we could get away from the huddled masses.

We did stop and grab a couple of Czech beers on our way to the hotel so we wouldn’t have to leave again….unless we got hungry which hoped wouldn’t happen since we were basically drinking our dinner. We picked up Kozel Svetly which is a Czech lager and Breznak Svetle which is a pilsner. The Kozel was great! A light, very refreshing beer with a mild taste, I personally prefer a lager over a pilsner, but the Breznak wasn’t that bad but it was a little too ‘hoppy’ for my taste. Both only contained 4% alcohol though the Breznak seemed a little stronger than that to me.

So back in our room we kicked off our shoes and cracked open those beers and threw on Iron Man 3 on the lap top (since our TV only gets like 3 channels….all in Czech)…..and enjoyed the warm weather and peace from the constant pushing and shoving of the huddled masses.

2 thoughts on “Prague Day 6: Holy Relics and the Huddled Masses”