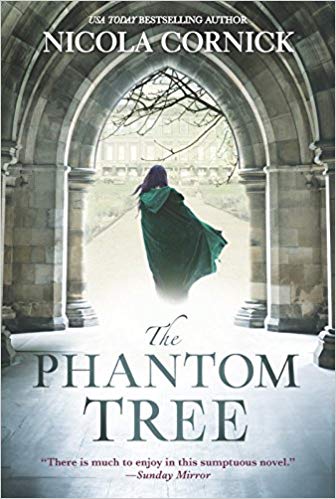 Attention all Tudor era historical fiction fans…..here is a new release that you might be interested in! See reading to see a sneak peak excerpt below! It sounds like such an exciting book, in fact it might make me come out of my self imposed Tudor era hiding, just to read it!

Browsing an antiques shop in Wiltshire, Alison Bannister stumbles across a delicate old portrait—identified as the doomed Tudor queen, Anne Boleyn. Except Alison knows better. The subject is Mary Seymour, the daughter of Katherine Parr, who was taken to Wolf Hall in 1557 and presumed dead after going missing as a child. And Alison knows this because she, too, lived at Wolf Hall and knew Mary…more than four hundred years ago.

The painting of Mary is more than just a beautiful object for Alison—it holds the key to her past life, the unlocking of the mystery surrounding Mary’s disappearance and how Alison can get back to her own time. To when she and Mary were childhood enemies yet shared a pact that now, finally, must be fulfilled, no matter the cost.

Bestselling author of House of Shadows Nicola Cornick offers a provocative alternate history of rivals, secrets and danger, set in a time when a woman’s destiny was determined by the politics of men and luck of birth. A spellbinding tale for fans of Kate Morton, Philippa Gregory and Barbara Erskine.

I was born. My mother died. My father professed himself to be so stunned by grief that he could not think straight. However he knew enough to realise he did not want the bur­den of a baby daughter, so he took me to London and aban­doned me in the nursery of my aunt and uncle, the Duke and Duchess of Somerset, where I might have cousins with whom to grow up. It was a good plan, if a self-interested one, and it might well have turned out quite differently had it not been for his overweening ambition, which toppled over into treason.

My earliest memory was of being unwanted.

“What is to become of the Lady Mary?” My governess, Mistress Aiglonby, was the only one who, in the chaotic aftermath of my father’s arrest for treason, pressed for my family to continue to care for me. I can still hear the wail of her voice rising above the sound of my belongings being packed away into boxes. I had no real sense of what was happening. I remember tipping my set of skittles out of the box again, spilling them all over the f loor and tripping the nursemaid up as she ran about trying to fold my clothes into a bag that was too small. She was red of face and f lustered, and looked near to tears.

“Lady Mary cannot stay here.” It was my aunt, the duchess, who spoke. She had no warmth in her, least of all towards me.

“I agree it would be difficult to explain to her in the fu­ture that her uncle signed her father’s death warrant.” Dear­est Liz Aiglonby. She could be tart when she chose. She had been one of my mother’s maids before she became my gov­erness. Her family were ambitious for preferment at court but that did not prevent her from defending me like a lioness.

“That was not my point.” The duchess’s tone had chilled still further. “Let her mother’s kin take her in.”

“The Parrs do not want her.”

No one wants her.

My skittles had been a present from my father. They were carved into the shape of men, painted to look like sailors. I took one in my fist and neatly struck off the head of another with it. Or so I am told. In truth, I probably remember noth­ing of this, being too young, although it feels as though the memory is real.

“Why would he do that? I thought he liked her?” Her voice changed. Malice rang clear as a bell. “Mayhap the ru­mours are true and she did refuse him and this is his revenge.”

“Her grace was a close friend of the late Queen.”

“Which does not mean she would wish to be saddled with her penniless child.”

Yet to the Duchess of Suffolk I was sent, like an unwelcome gift, trailing my retinue of nursemaids, rockers, laundresses and servants. 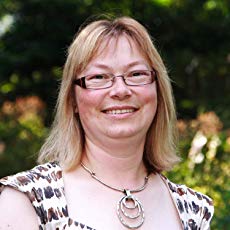 International bestselling author Nicola Cornick writes historical romance for HQN Books and time slip romance for MIRA UK. She became fascinated with history when she was a child, and spent hours poring over historical novels and watching costume drama. She studied history at university and wrote her master’s thesis on heroes. Nicola also acts as a historical advisor for television and radio. In her spare time she works as a guide in a 17th century mansion.

One thought on “Excerpt: THE PHANTOM TREE by Nicola Cornick”