The Hancocks and Ashfords have had a long-standing feud between their families long before Miss Jane Hancock couldn’t stand the sight of gentleman farmer Adam Ashford. But after both families fall on hard times and an unscrupulous creditor forces Jane and Adam to sign a devil’s bargain, they’ll finally understand the true meaning of keeping your enemies close at hand.

The terms of this bargain? Locate a lost treasure shrouded in deception and mystery.

The catch? Only one can claim it to win…the loser is left to ruin.

As Jane and Adam embark on a trek throughout England they plan to hate their adversary, no matter how attractive, generous, and kind they are. 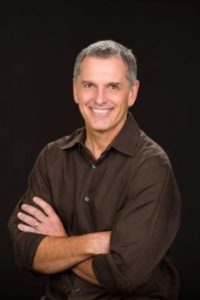 After self-publishing science fiction novels over a period of years, I made the truly odd move into historical romance. Although romance is a strong thread in nearly all my works, I came to straight-up, nothing-but-romance only after turning fifty. Since then, I am plagued by the question, “What took me so long?” My awakening began rather innocuously when I casually watched the 2015 version of Poldark. Before I knew, I was falling headlong into the abyss of historical romance and read fifteen such novels over a three-month span. However, no number could sufficiently scratch my itch for more, so I did what any writer would do and began constructing stories of my own. In April of 2019, I received my first contract with Entangled Publishing.

“I fear the worst, Auntie.” Miss Jane Hancock pulled her pelisse protectively tighter to ward off the chill of an unnaturally brisk September morning. “Mr. Rutley never calls a meeting unless he wishes to torment children or beat small animals.”

Mrs. Hester Byrd squeezed Jane’s arm with reassurance. “Chin up, my dear. You have weathered vicious storms before. What further menace could he offer?”

Jane regarded her father’s younger sister with a sigh. “I do not know. However, given our dismal financial obligations, I entertain some dire notions.”

She shifted her attention to the crowded, muddied pavement, in search of Rutley’s office in the heart of London. The towering presence of St. Paul’s Cathedral lifted her gaze. She launched a brief prayer toward the church before returning her focus to the bustling street. Her abrupt halt nearly caused Hester to stumble.

“Jane? You act as if you’ve seen the devil.”

Jane stared daggers at the familiar man emerging from a carriage not ten steps ahead. Adam Ashford. The mortal enemy. The fountain of all ills. He tipped his impeccable top hat to the driver, straightened his stylish cravat, and turned. As he locked smoldering brown eyes with hers, his smile melted into a scowl that squared his jaw. They glared at each other for five interminable seconds before Aunt Hester fractured the stalemate.

“Mr. Ashford. How unexpected to encounter a neighbor so far from the confines of Oxfordshire.”

The exchange of greetings proved more spat than spoken. Jane leaned toward her aunt. “When I said I feared the worst, I did not anticipate such an unfortunate scenario.” She spoke loudly enough for Ashford to overhear. “We do so well to avoid one another back home. A chance meeting in London can only be considered a bad omen.”

“Clearly,” he said. “I would have consulted a witch, had I known. However, as you were here, Oxfordshire was short of witches.”

“And now clearly short of asses. I wonder who will pull the manure cart in your absence?”

“Perhaps one of your many suitors.” He paused. “Oh, apologies. I forgot. You have no suitors.”

No thanks to you, she thought. She flashed a smile meant to slice. “If suitors are all of your species, sir, then I prefer a dog. At least they possess the good sense to cease howling from time to time.”

He opened his mouth but clicked it shut and pivoted to stride away. Jane’s smile dissolved as she watched his retreating form. She scrutinized his expensive top boots, tight breeches, and snug spencer that hugged shoulders more becoming of a boxer than a proper gentleman. What an arrogant dandy, so smug in his station! Only the slight unruliness of his auburn hair detracted from his dapper appearance.

She blinked and looked at her aunt. The woman smiled wanly. “The first rule of effective feuding, dear, is to never ogle the enemy.”

Tuesday, February 18
Interview at Passages to the Past

Monday, February 24
Review at Passages to the Past

Tuesday, February 25
Excerpt at What Is That Book About

– Giveaway ends at 11:59 pm EST on February 25th. You must be 18 or older to enter.
– Paperback giveaway is open to US only.
– Only one entry per household.
– All giveaway entrants agree to be honest and not cheat the systems; any suspicion of fraud will be decided upon by blog/site owner and the sponsor, and entrants may be disqualified at our discretion.
– The winner has 48 hours to claim prize or a new winner is chosen. 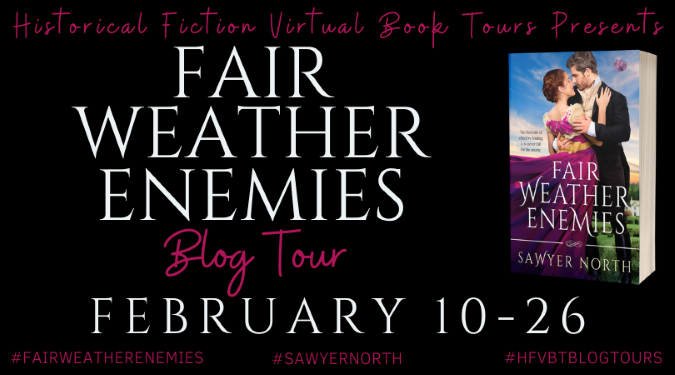