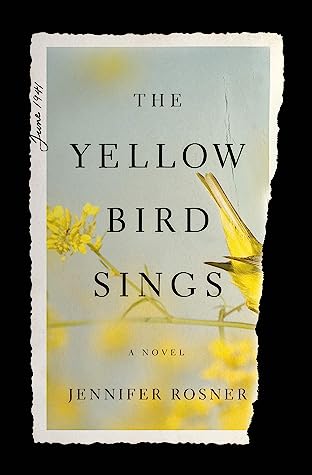 This book has been popping up all over my social media—and I can see why! That cover! It gives me all the heart eyes for sure and I am so excited to share some details about the book with all of you guys today as well!

Holocaust historical fiction novels have been really popular lately and my own personal theory is that this genre and time period is ripe with untold stories of families, sisters, friends, brothers, lovers, individuals and everyone in between.

This book in particular is going to focus on a mother and daughter fleeing the Nazi’s. Shira, the daughter, is a piano prodigy and she must stay quiet while they are in hiding so as not to attract the Nazis and what unfolds sounds like a profoundly moving story. If you don’t have this one on your radar yet, it needs to be!

In Poland, as World War II rages, a mother hides with her young daughter, a musical prodigy whose slightest sound may cost them their lives.

As Nazi soldiers round up the Jews in their town, Róża and her 5-year-old daughter, Shira, flee, seeking shelter in a neighbor’s barn. Hidden in the hayloft day and night, Shira struggles to stay still and quiet, as music pulses through her and the farmyard outside beckons. To soothe her daughter and pass the time, Róża tells her a story about a girl in an enchanted garden:

The girl is forbidden from making a sound, so the yellow bird sings. He sings whatever the girl composes in her head: high-pitched trills of piccolo; low-throated growls of contrabassoon. Music helps the flowers bloom.

In this make-believe world, Róża can shield Shira from the horrors that surround them. But the day comes when their haven is no longer safe, and Róża must make an impossible choice: whether to keep Shira by her side or give her the chance to survive apart.

Inspired by the true stories of Jewish children hidden during World War II, Jennifer Rosner’s debut is a breathtaking novel about the unbreakable bond between a mother and a daughter. Beautiful and riveting, The Yellow Bird Sings is a testament to the triumph of hope—a whispered story, a bird’s song—in even the darkest of times. (summary from Goodreads)