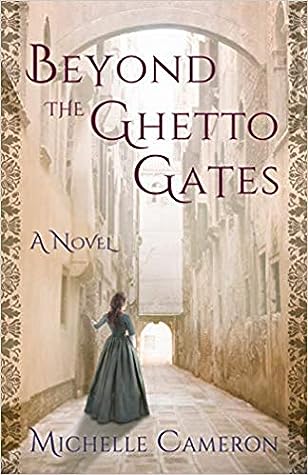 Recently I binge read the Sebastian St Cyr mystery series and while I was reading that series, this publishing house contacted me and said if I loved books set in the Napoleonic Wars, then this might be a book that I would be interested in.

I confess, I was intrigued. I don’t in fact know much about the Napoleonic as it isn’t my speciality, but while reading the Sebastian St Cyr novels, I found that there was a lot of this era that sounded ripe for reading and researching. So when I was approached about reading this one, it most certainly caught my eye.

I love when publishing houses take some time to find out what I have been reading lately and why so when I was asked to read this one, the publisher pointed out that I had mentioned that I wanted to know more about this time period and that I was Catholic and this would be a very interesting book for me, so I let myself be sold on it.

When French troops occupy the Italian port city of Ancona, freeing the city’s Jews from their repressive ghetto, it unleashes a whirlwind of progressivism and brutal backlash as two very different cultures collide. Mirelle, a young Jewish maiden, must choose between her duty―an arranged marriage to a wealthy Jewish merchant―and her love for a dashing French Catholic soldier. Meanwhile, Francesca, a devout Catholic, must decide if she will honor her marriage vows to an abusive and murderous husband when he enmeshes their family in the theft of a miracle portrait of the Madonna.

Set during the turbulent days of Napoleon Bonaparte’s Italian campaign (1796–97), Beyond the Ghetto Gates is both a cautionary tale for our present moment, with its rising tide of anti-Semitism, and a story of hope―a reminder of a time in history when men and women of conflicting faiths were able to reconcile their prejudices in the face of a rapidly changing world. (summary from Goodreads)

The author was right, this was a book that I became enveloped in, though admittedly not at first, but as the story went on, it grew on me. The first couple of chapters I was lost to research. There is a lot that I didn’t know about the Napoleonic Wars as I have mentioned, so I went down the blackhole of research for this location and time period. This book also follows a few different characters so it took me a little bit to get acclimated to the characters and some of the Jewish terminology but after a while it began to flow better and I was right at home.

Though there are a few characters in this book and the chapters skip around a bit, the central character is Mirelle who I thought was a worthy heroine and easy to sympathize with. Her situation was sad and while she was often thought of a headstrong and stubborn by her family, she had this gentleness about her. I fell in love with her when she helped the woman who was being blackmailed by a guard. The guard had taken all the woman’s money and Mirelle used her quick wit to be able to provide some money to the woman once the guard had gone. She is quick thinking and kind and I knew right then that I wanted to know more about her—-stubborn or otherwise.

This book was a goldmine of richness. The setting and historic elements were fascinating  and compelling. I wanted to know everything about this setting and time period that I could get my hands on. There was a richness in both the Jewish faith tradition and the Catholic faith tradition and the author blended them both together so well. Once I got going on this one, I had a hard time putting it down. It was a great read that I am so thankful the publisher approached me to read. I am looking forward to more books by this author in the future.