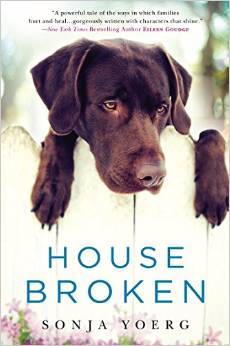 Geneva Novak tends to relate better to animals than she does her own family…that’s why she’s a vet.

And avoiding her family has more or less worked for her these last few years.

But one day she gets a call that is going to change all that and make her finally face the relationships she been avoiding.

Geneva’s mother, Helen, loves her vodka but vodka doesn’t love her back. Dublin, Geneva’s brother calls to tell her that their mother has been in a drinking and driving accident.

Though not life threatening, she has some significant injuries. Dublin, though close with Helen, can’t take her in as he has a special needs child. Her sister Floence, lives in New York and won’t take her in. The oldest sister, Paris, is living in Africa and hasn’t been in contact with the family in years.

END_OF_DOCUMENT_TOKEN_TO_BE_REPLACED

Please join S.K. Rizzolo as she tours the blogosphere for the John Chase Regency Mystery Series Book Blast, from November 3-16, and be entered to win all three books in the trilogy!

The Rose in the Wheel (Book One)

Regency London knows Constance Tyrone as the conspicuously celibate founder of the St. Catherine Society, dedicated to helping poor women. One wet November evening a carriage mows down Constance outside her office. Curiously, while her corpse’s one foot is bare, the other is shod in a clean satin slipper despite the muddy road. Why was a gentlewoman abroad in the night? And if she died under the wheel, whose hands bruised her neck and stole her monogrammed crucifix?

As horrifying murders on the Ratcliffe Highway claim all London’s attention, the trio discovers that it won’t be easy to unravel the enigma of Constance Tyrone, a woman who revives the legend of martyred St. Catherine.

END_OF_DOCUMENT_TOKEN_TO_BE_REPLACED

What do three “puppets”, one magical book, and a twisted narrator have in common? At first glance, nothing. But look again.

Three men find themselves being used as pawns in a much larger game controlled by one devious narrator in this innovative urban fantasy novel.

These three men couldn’t be more different, each are flawed in their own ways. But the one thing that binds them together is their supernatural abilities.

The first puppet we meet is the tough, brawny Irishman Robert Cassidy. The second puppet is the quiet bookworm, Daniel Maladie from Paris. And finally we meet Igor Rubinstein, the psychotic magician turned assassin from Russia.

The narrator assigns each of the “puppets” a task, Daniel’s task is the one the brings them all together. He is instructed to steal a books. But not just any book, The Book of the Forsaken. This magical book has great and limitless power….power that some are willing to kill over.