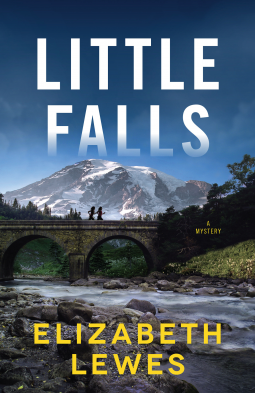 I love mystery novels and whodunnits and so much the better if its a fast paced thriller. This debut mystery novel from Elizabeth Lewes has a ton to recommend itself.

One of the things that really jumped out at me was the setting. I live in the Pac NW (Oregon) and this book is set in Eastern Washington—so basically neighbors. I love books (especially mystery thrillers) that are set in small rural towns.

Small town America is often praised as the idyllic so having a murder mystery set there really takes that traditional troupe and spins it on its head. This one has also received a lot of advanced praise from Publisher’s Weekly  as an ‘outstanding debut’ so I am really looking forward to checking it out soon!

Sergeant Camille Waresch did everything she could to forget Iraq. She went home to Eastern Washington and got a quiet job. She connected with her daughter, Sophie, whom she had left as a baby. She got sober. But the ghosts of her past were never far behind.

While conducting a routine property tax inspection on an isolated ranch, Camille discovers a tortured corpse hanging in a dilapidated outbuilding. In a flash, her combat-related PTSD resurges — and in her dreams, the victim merges with a young soldier whose eerily similar death still haunts her. The case hits home when Sophie reveals that the victim was her ex-boyfriend — and as Camille investigates, she uncovers a tangled trail that leads to his jealous younger brother and her own daughter, wild, defiant, and ensnared.

The closer Camille gets to the truth, the closer she is driven to the edge. And when Sophie disappears, Camille’s hunt for justice becomes a hunt for her child.