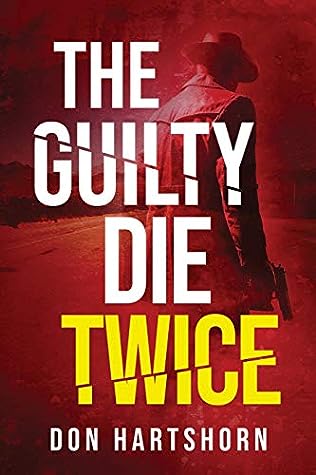 If there is one show I can binge watch for days it’s Law and Order. Sure the crime parts and police work are always exciting but for me it’s the order side of things that always get me.

Court room dramas are captivating for me. I was a pre law major when I started college and growing up it was my dream to become a lawyer and I would have had I not found something else that I loved just as much.

But I still get that courtroom itch from time to time and when I do I try to do the next best thing and read a courtroom drama or thriller. This book sounded very interesting and I am thrilled to share a bit more about it with you guys today.

Ten years ago, a capital murder case in the heart of Texas split the Lynch family in two. Now, estranged lawyer brothers Travis and Jake Lynch find themselves on opposing sides of the courtroom in a high-profile, grisly double murder case—with another accused criminal’s life on the line. Conscience-stricken Travis left his high-powered law firm to become a public defender, while bullish Jake rose to become District Attorney. The case pits brother against brother in a contest of wits, wills, and legal savvy that will shake the justice system to its core: both Lynches are convinced they’re in the right, but the truth turns out to be more complicated—and deadly—than either could have possibly imagined.

A drug deal double-cross turns lethal, leaving two corpses and one victim paralyzed for life. The victim never saw the gunman, but he knows one name: Sam Park. Travis defended Sam’s brother years before, and his heart won’t let him turn down the case, even knowing it’ll bring him face-to-face with Jake after ten years of cold silence. Jake, meanwhile, runs afoul of the Austin political machine and needs a high-profile conviction to win a tough upcoming election. And Sam, the star witness and prime suspect, won’t talk—not to Travis, and certainly not to the high-and-mighty DA—and time is running out.

Can these feuding brothers put aside a decade of enmity in the name of true justice? Or will the truth of what really happened that bloody night go to the grave with Sam Park?

Fans of Due Process by Scott Pratt, The Family Lawyer by James Patterson, Bluebird, Bluebird by Attica Locke, and The Fifth Justice by John Ellsworth will love this book, as well as people who love to read about: