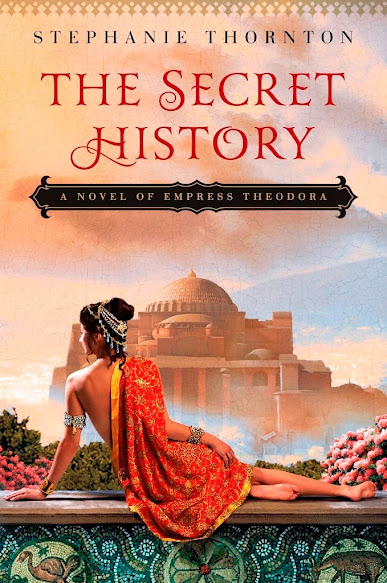 In addition to reading and reviewing this exotic and intoxicating novel about Empress Theodora, the author Stephanie Thornton wrote an engrossing guest post about the Plague!

I will secretly admit to having an equally morbid obsession about the Plague as well! Without further ado please welcome Stephanie Thornton to The Lit Bitch:

Why Justinian’s Plague Was Nastier than the Black Death

First, before I confuse anyone, Justinian’s Plague and the Black Death were actually the same disease: bubonic plague. I’ve loved plague (reading about it, not having it) since I was in high school, grossing my friends out with accounts of rupturing buboes and thoroughly enjoying the Monty Python rendition of plague. (“I’m not dead yet!”) When I first started researching Theodora’s story, I came across a reference to a plague that had hit the Byzantine Empire during Emperor Justinian’s reign, even afflicting the emperor himself.

“No,” I thought to myself. “That couldn’t be bubonic plague.”

So even though it’s the same disease, here are the top three reasons why Justinian’s Plague was so much nastier than the Black Death…

Finally, your fun fact for the day: Bubonic plague is still endemic in the Four Corners region of the United States (complements of infected prairie dogs) and throughout Mongolia (complements of really cute marmots that happen to carry infected fleas). Thank goodness for modern antibiotics!

with infamous women from ancient history since she was twelve. She lives with her husband and daughter in Alaska, where she is at work on her next novel.

“The Secret History: A Novel of Empress Theodora” will be published by NAL/Penguin on July 2, 2013, and “Daughter of the Gods” will hit the shelves May 2014.

Be sure to checkout her website for more info about her books  and other upcoming events!

Tuesday, June 25
Review at Oh, for the Hook of a Book!

Friday, July 12
Interview & Giveaway at Oh, for the Hook of a Book!

2 thoughts on “Guest Post: The Secret History: A Novel of Empress Theodora by Stephanie Thornton”