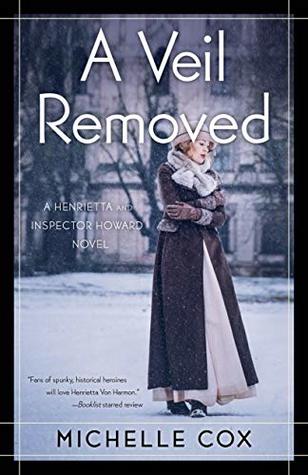 I started this series a few years ago when it first came out and I thought at that time that it was a promising new series that was a little off the beaten path.

Since then every time that a new novel comes out, I always seem to be so booked out and can never fit in the latest book! But I want to make sure that you guys don’t miss out on another wonderful historical mystery!

This book will be available on 4/30 so you have a few more days to get your preorders in and add this one to your TBR list! I included some links to purchase below. You can also pick up the other books in the series on Amazon as well!

Their honeymoon abruptly ended by the untimely death of Alcott Howard, Clive and Henrietta return to Highbury, where Clive discovers all is not as it should be. Increasingly convinced that his father’s death was not an accident, Clive launches his own investigation, despite his mother’s belief that he has become “mentally disturbed” with grief. Henrietta eventually joins forces with Clive on their first real case, which becomes darker—and deadlier—than they imagined as they get closer to the truth behind Alcott’s troubled affairs.

Meanwhile, Henrietta’s sister, Elsie, begins, at Henrietta’s orchestration, to take classes at a women’s college—an attempt to evade her troubles and prevent any further romantic temptations. When she meets a bookish German custodian at the school, however, he challenges her to think for herself . . . even as she discovers some shocking secrets about his past life (summary from Goodreads).