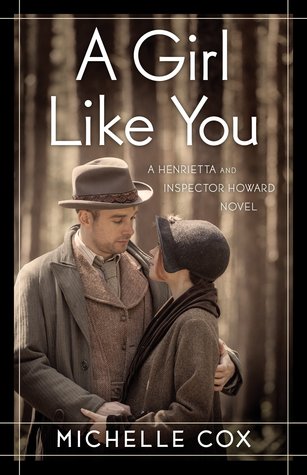 For Henrietta von Harmon times are hard. Not only is it the 1930s but her father committed suicide leaving behind a large family.

Henrietta helps support her family by working as a 26 girl in a local pub and waiting tables when she can. But it’s not enough. So she takes a job taxi dancing to help support her younger siblings and mother.

It’s while she’s taxi driving that she meets the mysterious Clive Howard. Detective Inspector Howard is investigating the dance hall as a potential supplier of prostitutes to a mob establishment.

He goes into the Promenade to get the lay of the land when he lands a dance with Henrietta. After leaving the Inspector is called back to the dance hall when the madam ends up murdered.

Its then that he has to idea to send Henrietta in undercover to the mob establishment to see if she can find out any more information about their set up. She’s breathtakingly beautiful and a shoe in for the position, he reassures her that she will be able to keep her clothes on and not do anything unsavory….plus the cops will be watching her.

She agrees but only because she wants to be helpful to the Inspector but she quickly discovers that she is way in over her head in the mob establishment. Multiple women have gone missing and she is worried that to get closer to the racket she will need to do things that she isn’t prepared to do such as completely sacrificing her virtue.

This book was hard to review. On one hand I wasn’t entirely in love with it, but on the other hand I was invested enough to want to unravel the mystery.

I really enjoyed the authentic historic feel of the book and I also liked that the author decided to go with a little ‘seedy’ feel to the novel. It wasn’t a typical murder mystery for me which kept things interesting.

The whole prostitute ring and the dance hall darlings felt like a 1930s Law and Order SVU….I really really liked how the author went in a different direction than a traditional mystery novel.

As for the characters it was kind of a mixed bag for me. On one hand, Henrietta’s innocents was endearing but on the other hand I felt like it got annoying after a while. Here is this sweet young girl and it basically takes limited convincing to jump right into a darker world of what surmounts to the sex industry. Yes the family needed the money but it just seemed like she made the decision a little too easily.

Then the Inspector, I was kind of put off by him just throwing Henrietta into the sex industry like it was no big deal. It was clear he harbored feelings for her but at the same time I felt like he didn’t seem to care about her well being until it was too late.

Then when you put them together, I didn’t quite buy their relationship. They had one dance and limited time interacting together in the story and suddenly they were in love. I just didn’t buy it 100%. However, that said there were endearing moments between the two when they were together. I think it would have helped if the author maybe spent a little more time developing the sexual/romantic tension between the two.

As a first novel this was just ok for me. It was rough around the edges and could use some polishing but as I said before, it wasn’t terrible and I was invested enough in the story to see it through until the end.

3 thoughts on “Review: A Girl Like You: A Henrietta and Inspector Howard Novel by Michelle Cox”