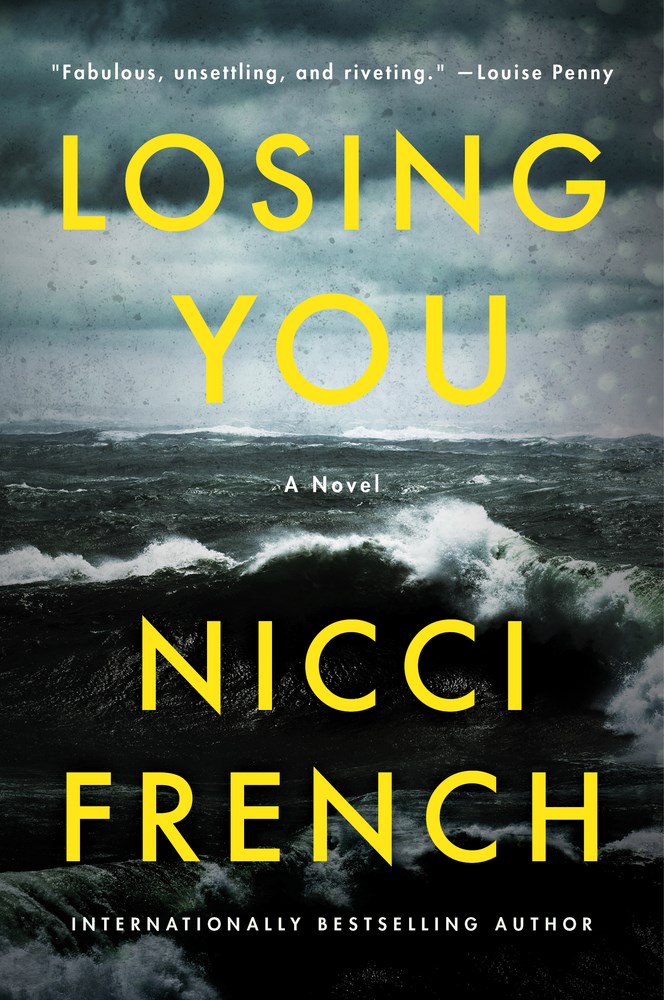 Nicci French has written a number of standalone mysteries as well as the acclaimed Frida Klein series. I have read only one of French’s standalone books, The Lying Room, and only one of the Frida Klein books, I easily recognized strong writing mixed with a thought out mystery.

Though I couldn’t fit this one into my review schedule for this winter, I plan on reading and reviewing it this summer so be watching for my review later on this year. As the book is out now though, I wanted to share a little about it with you guys so you could see what this experienced author has in store.

It’s Nina Landry’s birthday, and she’s supposed to have her kids ready to leave in a few hours for a Christmas holiday in Florida with her new boyfriend, but her fifteen-year-old daughter Charlie spent the night at a friend’s and hasn’t come home yet. Not by ten a.m., not by eleven. Nina is getting angry—they have a plane to catch, and Charlie hasn’t even bothered to pack. As time passes, though slower and slower by the minute, Nina becomes uneasy. Her anger gives way to worry, and that worry quickly builds into panic.
By one p.m., she’s wondering, has Charlie run away, or has something far worse happened? And why won’t anyone—not the cops, not Charlie’s friends, not Charlie’s father—take her disappearance seriously?
As day turns to night on their home of Sandling Island sixty miles from London, and a series of ominous secrets leads Nina from sickening suspicion to deadly certainty, the question becomes less whether she and her daughter will leave the island in time and more whether they’ll ever leave it again.
In “Losing You,” the newest thriller from the long-acclaimed master of psychological suspense, Nicci French unravels one mother’s life and replaces it with every mother’s worst nightmare. (summary from Goodreads)