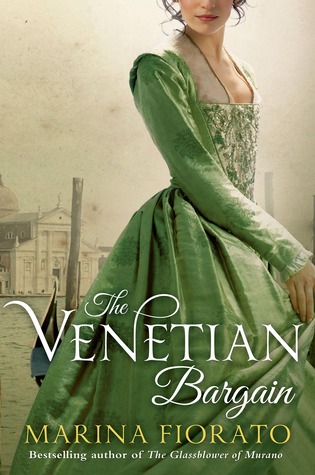 When young Feyra wakes up late for her morning doctor ’rounds’ in the Sheikh’s harem she doesn’t realize that her tardiness will have dire consequences.

As a female doctor to the Sheikh’s mother, Feyra is responsible for her health at all costs.

When she arrives in the Sheikh’s mother’s chambers she finds her delirious and raving.

As suddenly as she has taken ill, she is perfectly fine with little recollection of the terrifying delirium that over took her not moments before.

Feyra immediately suspects a poison and quickly deduces which poison.

Sadly there is no antidote for the poison and the Sheikh’s mother dies but not before revealing a tragic secret and a cryptic sinister plot. She tells Feyra that she must travel to Venice, her homeland and stop the bringer of death.

Feyra doesn’t understand what she could mean but as she returns home to her father, they make plans to flee as the Sheikh will surely want retribution for his mother’s death.

When the palace guards come, it’s not for Feyra’s head, it’s for her hand in marriage to the cruel Sheikh. Her father is also to be sent on a special, secret mission to Venice to deliver a special cargo.

Feyra manages to escape and stow away in the hull of her father’s ship bound for Venice. When the ship docks in Venice, it bring with it a terrifying disease, the plague.

Soon members of the ship begin taking ill, including Feyra herself. It spreads rapidly through the crew and eventually the town.

A young and dashing doctor, Annibale Cason, is working tirelessly as a special ‘plague doctor’ trying to stop the spread of this deadly disease. He has taken what fortune he has an opened a hospital on an isolated ‘island’ in the city.

What Annibale doesn’t count on is being saddled with Feyra. He agrees to take Feyra on as a nurse when he quickly discovers her knowledge of medicine.

Together they work tirelessly to stop the spreading of the disease and somewhere along the way, their attractions for one another can no longer be held at bay. But what do a Muslin woman and Christian man have in common besides their knowledge of science….you must read to find out.

This book took me entirely by surprise. Judging from the cover, I was expecting to read something more glamorous but I was shocked to be reading something with a little more git if that makes sense.

The cover suggests courtly romance, when in fact the heroine is a Muslim who dresses very very modestly with a head scarf. It isn’t until later that I found out the reason for this cover and the significance of the green dress.

I have mixed feelings about this novel. I struggled with the timeline a bit. When I think of the plague my first image is of the Medieval Black Death. However this book is set in 1576.

Of course there were countless outbreaks of the plague after the Black Death catastrophe of the 14th century but I guess for me, I struggled with the later outbreak date, so much so that I researched the date listed and did discover that there was a huge outbreak in Venice during the years which the novel is set.

I found some of the scenes unrealistic and hard to accept–example, Muslim female doctor? Let alone one who meets and falls in love with a Venetian doctor when all of Venice is full of hate for the Ottoman Empire? I struggled with that one a bit but once you reconcile yourself to the fact that you are reading a fictional novel, it’s easier to accept.

I did love that the heroine is Muslim and seeing a Christian world through her eyes was captivating and refreshing. Venice and it’s culture was very unsettling for her and I adored this aspect of her character.

It was genius having Feyra be from the Middle East. I found her character richly developed and intriguing.

As for the romance aspect of this novel, it was wanting for me. It took too long for Feyra and Annibale  to develop a romance. After half way through the novel I gave up on their romance and hoped that the author would focus more on other aspects of the plot rather than suddenly developing a romance.

Overall this was a quick (I read it in a day), whimsical read. Perhaps a nice beach read. There was enough to hold my interest and keep me reading, not a lot of character depth but overall a charming read that had a different heroine than the cliche heroines of some historical fiction novels. If you are looking for a new take on a heroine, then you will like Feyra and this story.