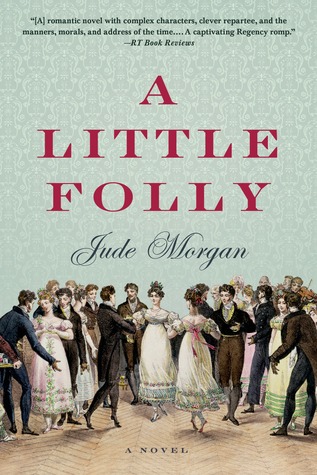 Valentine and Louisa Carnell have lived under the overly cautious eye of their father for their entire lives. They have scarcely been allowed to leave their country estate in Devonshire nor have they been allowed visitors.

Their father has purposefully alienated them from their deceased mother’s family so it’s mostly been just the three of them for years. Then suddenly, their father dies leaving them a comfortable fortune and the forbidden freedom they have been craving.

Valentine and Louisa have received a condolence letter from their estranged cousins who happen to be visiting a few towns away and plan on heading home via Devonshire. The siblings agree that their first independent act will be to invite their cousins to stay with them.

When Tom and his sister Sophie arrive, they bring an unexpected guess–the Lady Harriet Eversholt, who is living apart from her husband. Valentine and Louisa welcome them to their home and when they hear of Lady Harriet’s tragic marriage they can’t help but welcome her too.

After a short holiday in the country, Tom and Sophie must return to London. They invite both Valentine and Louisa to join them in London and take in the excitement and distractions of town.

Soon after they depart, two neighbors also follow them to London–James Tresilian and his sister, longtime friends of the Carnell family, and Pearce Lynley, the man Louisa’s father hopes she will marry.

Louisa has no interest in marrying Pearce Lynley and she has recently rebuffed his proposal of marriage, but she can’t seem to be rid of him. James Tresilian on the other hand is a welcome face as he is her long time friend.

When they arrive in London, Valentine soon starts indulging in the finer delights of town. The freedom suddenly goes to his head as well as his heart. When he is seen around town with the married Lady Harriet, gossip spreads like wildfire with potentially serious consequences.

If you like Jane Austen’s novels, you will find a lot to like in this book. It’s a little bit of Emma and Pride and Prejudice mixed together in a slightly more modern cocktail. I loved the witty banter and language that Morgan used in the character dialogs, that made it more of an updated Austen type novel.

From the first chapter the singular thing that bothered me was the brother’s name–Valentine. I could never warm up to his character or feel sympathy for him simply because I didn’t care for his name. Something about it just didn’t fit the time period for me. James, George, William, Charles….anything but Valentine. Personal feelings about his name aside, he was a well designed character. Though I never warmed up to him as a reader, I can appreciate that he was everything that a reader wanted as a secondary character.

Valentine was likable, charming, and congenial. He was not quite above reproach, he had character flaws but none that were entirely unredeemable. I liked the conflict that surrounded him and found his personality fitting and worthy of that conflict. Morgan does a nice job showing his flaws and mistakes while in the end allowing him to remain honorable and worthy of our favor.

I was worried when the novel started that I wouldn’t care for Louisa. It took some time for me to love her because the into was a little slow to start. However by the end of the novel I adored her spunk and sass! I loved her whit and the way she interacted with the other characters was spot on. I never thought her character presumptuous or out of place. She was well constructed and fit in the period but was modern enough to be relatable to the modern reader.

I would have liked to have seen a little more romance with all the characters. There was the typical secret love and the outright flirtations but I really wanted to feel more tension between the main characters and their prospective love interests. That was the biggest thing wanting in the novel for me.

The beginning was a little slow to start but overall the novel moved at a fast pace. It was a quick read for me–light and airy! Again if you love Jane Austen, you will feel right at home in this charming Regency era novel! The excitement of ‘town’, lavish country estates, secret love, a ‘scandal’, and of course balls! Who doesn’t love a formal ball?