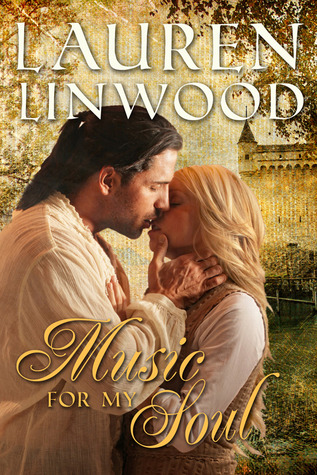 Madeleine Bouchard is on the run. She flees from her abusive husband in the dead of night. She hopes to make it to London and board a ship to France that will take her back to her family.

She plans on putting as many miles between her and her husband as she can while it’s still dark when fate intervenes.

Lord Garrett Montayne and his friend are also on the road to London in the wee hours of the morning when they see a woman walking alone.

When they ride up on her, she goes into survival mode.When asked who she is, she can’t use her name as these men could be friends of her husbands.

Instead she gives a name feared throughout the land–Lady Montayne. Garrett is completely taken aback by her declaration having never seen her before but he agrees to play along and he and his friend escort her to London.

Just before they reach London, she vanishes with Garrett’s cloak. He was so intrigued by the young woman who dared use his name that he continues searching for her with no luck.

Garrett has a past all his own. His wife left him under mysterious circumstances and since then he has been a recluse who has shut himself and his heart off from the world.

But this strange woman has ignited something inside him that suggests he could be ready to love again.

This book was difficult for me to review. On one hand I liked it and read it in a couple of sittings. So it went fast and there was enough to hold my interest throughout but there were a few things that just didn’t work for me.

First the book was set in 1346 and I just didn’t feel like the period was really relevant. For me if you are going to write a historic romance, there should be something about the period that adds something to the story.

For me this period didn’t add anything to the story. The story could have been written during almost any period in history so why this specific period?

The other thing that I struggled with was some of Garrett’s background. I didn’t think the missing wife thing was critical to the story, I think his troubled past could have been created using another means. What bugged me about the missing wife story line was that I wanted to know more about what happened to her. It could have really been a story all by itself, and I was frustrated that it didn’t really tie in to the overall plot. Basically it was a distraction that didn’t need to be there.

The characters were interesting though. I liked Garrett as the love interest. I thought he was charming and tender with Madeleine. I do like a brooding romantic and he fit the bill for me. I especially liked his vulnerability, I sensed genuine emotional turmoil within him.

Madeleine was also intriguing. I admired her fight and determination throughout the story. She was resilient and that made me really really love her. Even in the face of completely dire situations, she was always kind and never gave up even when it would be easy to give up.

I thought the abusive husband was an interesting and unique angle. It wasn’t your run of the mill romance plots so this was refreshing for me.

I loved that the focus was more on the romantic love part between Madeleine and Garrett rather than the lustful direction that it could have gone. Yes there was some sex happening in the book but it wasn’t a bodice ripper so that kept the romantic love front and center.

Overall, would I recommend this book? I would say yes. There were a few bumps along that way that could have used some refining but it was a nice, easy to follow story. I read it in about a day and it was a welcome break from some of the heavy reading I have been doing.

I reviewed this book as part of the Music for My Soul virtual book tour hosted by Historical Fiction Virtual Book Tours. Be sure to visit the other blog stops on the tour for interviews and giveaways!

Book: Music for My Soul by Lauren Linwood

Friday, October 17
Review at WTF Are You Reading?
Spotlight at What Is That Book About

Saturday, October 18
Review at A Cup of Tea & A Big Book

Thursday, October 23
Review at The Lit Bitch
Spotlight at Just One More Chapter

2 thoughts on “Review: Music for My Soul by Lauren Linwood”