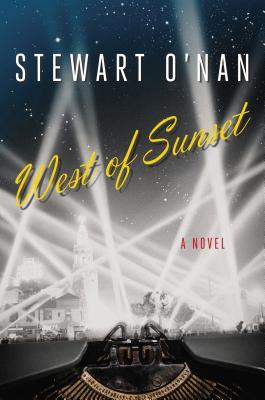 This week I am thrilled to let my reads know of an exciting new release, WEST OF SUNSET by Stewart O’Nan.

There is an awesome BOOK CLUB KIT that goes a long with this read, featuring a Q & A with O’Nan, discussion questions, and maps of locations in the book.

I am also stoked to offer a giveaway for this book, which I will post a separate entry for that so please be on the look out!

WEST OF SUNSET, which re-imagines the last three years of F. Scott Fitzgerald’s life. It goes on sale January 13th was named a top ten novel to read this winter by The Huffington Post and a best book of January by the editors at Amazon .

As a young man, F. Scott Fitzgerald believed that there were no second acts in American lives. By the age of forty, he was trying with all his might to prove that he was wrong.

When we meet him at the start of Stewart O’Nan’s scintillating new biographical novel WEST OF SUNSET, Fitzgerald is no longer the irresistible, golden icon of the Jazz Age, nor is his wife Zelda the daring, glamorous, baby-faced rebel of her youth.

Zelda, now nearing thirty-seven, has been committed to a mental hospital—still lucid and winning at times but liable to sink into delusion or erupt into unreasoning violence at any moment. As for Scott, the soaring triumphs of The Great Gatsby and Tender Is the Night are behind him.

A man preoccupied with truth, he ironically spirals ever deeper into falsehood. His greatest wishes now are to pay for Zelda’s care, to see his precociously talented daughter Scottie through college, and to somehow recapture some of his own tattered literary glory. 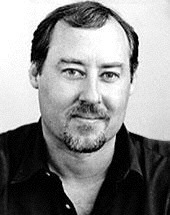 Stewart O’Nan is the author of eleven novels, including Snow Angels and A Prayer for the Dying, a story collection, and two works of nonfiction. His previous novel, Last Night at the Lobster, was a national bestseller, was nominated for the Los Angeles Times Book Prize, and was named one of the New York Public Library Books to Remember. Additionally, Granta named him one of the 20 Best Young American Novelists. O’Nan lives with his family in Avon, Connecticut.”

PRAISE FOR WEST OF SUNSET

“It would appear to be a daunting task to write a biographical novel of one of our most iconic writers, yet O’Nan avoids every pitfall. Focusing on the last years of F. Scott Fitzgerald’s life, when he was depleted both mentally and physically from overwork and too much drink, O’Nan, in understated prose, renders a heartbreaking portrait of an artist soldiering on in the face of personal and professional ruin…. O’Nan’s convincing characterization of a man burdened

by guilt and struggling to hold onto his dignity is, at once, a moving testament to grace under pressure and an intimate look at a legend.”— Booklist (STARRED)

“O’Nan places Scott back at center stage, with a sympathetic portrayal of a troubled genius, a kind but deeply flawed man… [and] has crafted an insightful glimpse into a sad period in Fitzgerald’s life, as he fades into poverty, drunkenness and anonymity among a cast of notables, after his and Zelda’s reign as America’s literary golden couple and before his resurgence into universal acclaim.”— Kirkus

“O’Nan taps into primary-source material on Fitzgerald to craft a realistic piece of historical fiction…. Fitzgerald comes across as a haunting, multifaceted, sympathetic character… [His] slide into drugs, alcoholism, and the heart disease that shortened his life is tragic to behold; Fitzgerald fans will mourn his loss all over again.”— Library Journal

“West of Sunset is a rich, sometimes heartbreaking journey through the disintegration of an American legend.  O’Nan captures the fire and frailty of F. Scott Fitzgerald with an understated grace that would have made Fitzgerald himself stand up and applaud.” – Dennis Lehane

“An achingly nuanced love story and one of the best biographical novels to come along in years.  O’Nan’s great achievement here is in so convincingly inhabiting the character of Scott Fitzgerald and of the people surrounding him during his descent into the clarifying depths of 1930s Hollywood.”–T.C. Boyle

“O’Nan is an incredibly versatile and charming writer.  This novel, which imagines F. Scott Fitzgerald’s troubled time in Hollywood (with cameos by Dorothy Parker, Bogie, and Hemingway), takes up (like much of O’Nan’s work) that essential conundrum of grace struggling with paucity.  One brilliant American writer meditating on another–what’s not to love?”

“I’ll direct my enthusiasm for West of Sunset to writers who revere Fitzgerald’s short story “Babylon Revisited.”  Stewart O’Nan captures Fitzgerald’s mood of spiritual reflection, without trying to imitate Fitzgerald’s voice. This book is an inoculation against self-pity. It’s not a mock Fitzgerald novel, but an original portrait of a writer struggling to keep his dignity while trying to make a living. I don’t doubt the biographical details but it’s a waste of the book to check it against fidelity to fact; if Fitzgerald wasn’t friendly with Humphrey Bogart and Mayo Methot in 1939, he is now.  It’s one of the best books I’ve read in years and it deserves a cheering crowd.”