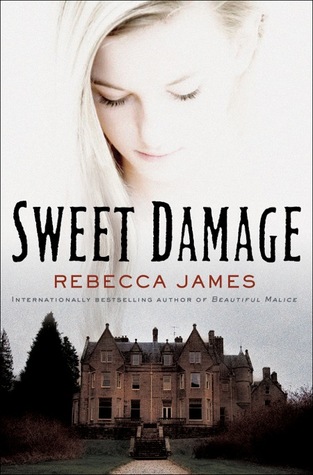 This is a modern Gothic thriller to put on your radar!

Tim Ellison has been in a rut lately. He has spent his time sleeping on his ex-girlfriend’s couch, working in a restaurant, and surfing.

Life isn’t quite what he expected. But he does know one thing….it’s time to move out of his ex’s house.

Tim finds a cheap room rental at Fairview, when he shows up he is expecting to see a heap but instead he finds a mansion.

Built in 1890, Fairview is a beautiful mansion boasting some of the best views in Sydney. It’s owned by Anna London who inherited the house after her parents’ deaths.

In exchange for the cheap rent, Tim has one job: to look after Anna. Though she is in her twenties, she acts more like an elderly woman. She also never leaves her house as she suffers from a severe anxiety disorder. But it seems like a fair gig to Tim so he takes the post.

Tim finds himself attracted to the haughty Anna, but he grows uneasy of the house. Soon strange things begin happening and Tim starts to wonder about the strange woman he’s supposed to be helping. Is she friend of foe? And was renting this room really such a good idea after all?

This book reminded me a lot of the classic tale, Rebecca. The opening lines are similar and because of that, it created an atmosphere that lasted throughout the story:

I still dream about Fairview.

Last night I dreamt I went to Manderley again.

So as you can see, very similar in nature. That immediately grabbed my attention and made me feel like I was going to read something suspenseful and intriguing.

This novel was an interesting mix of Gothic and psychological thriller. It had Gothic elements (crumbling mansion, things that go bump in the night, the ‘mad woman in the attic’ etc) but it was delicately balanced with the focus being more on the psychological.

Sometimes Gothic thrillers can be a little ‘dated’….most of the Gothic thrillers I’ve read have had a foot in the past so with psychological thrillers being more modern. This novel mixed both nicely and because of the modern feel, it will appeal to both YA audiences as well as adults.

Either way it was fantastic. I really enjoyed the Anna because her character was so complex and multi-layered. She starts out kind of fragile but grows and evolves as the novel shifts.

Most of the novel is written from Tim’s POV but the parts where Anna gets to chime in were intense and mysterious adding to the foreshadowing and suspense of the novel.

I do have a little cover lust happening too. I love the house featured on the cover of my edition. Most traditional Gothic novels have a woman in a long flowing dress with the wind ripping through it, running away from a castle or mansion. This cover seemed like a more modern take on this classic cover style. I love that the house is front and center with the woman looking angelically down. Intriguing, haunting, and eye catching!

My only complaint with this book was the setting. So from the cover of my edition and the description of Fairview, I was expecting the setting to be somewhere like the English country side or upstate New York or something. The last place I think of when I think of a good Gothic setting is Australia.

I think James’s descriptions of Sydney were beautiful and I really felt like I was there, but I guess I just felt like it should be in another location. When I think of Sydney or Australia in general, I think of white beaches and warm weather. When I think Gothic I think wind swept moors….so these conflicting images bothered me. That was the only reason I shied away from the 5 star review and went with 4.5 stars.

At any rate I was fully engaged and eager to read more of this wonderful novel. I would highly recommend it if you are looking for a modern take on a classic genre!