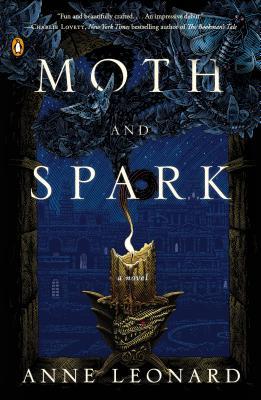 I have some serious cover lust happening with this one. I would have read this book for the cover alone, but then when I read that it was about dragons, love, and a prince with a quest….how could I resist!

Prince Corin has been picked by the dragons to free them from their bondage to the empire….the only problem is he doesn’t quite know how he’s supposed to do that.

The dragons charge him with this seemingly impossible deed and gift him powers but he has no idea what to do about this quest. So he returns to the palace to continue on with his daily life.

On his way home, the prince and his entourage encounter a band raiders but they soon discover that these ‘raiders’ are more like well trained warriors. This raises all sorts of concerns for Corin, one of which is eminent war.

Once he is back home he informs his father, the king, and the king confirms that war is likely. Soon a minor noble turns up dead, killed by a uniquely deadly poison further suggesting that war is coming.

With nothing really to do but wait and see how things unfold, Corin seeks out some peace and quite in the palace where he can catch up on some reports. He heads to the library where he literally runs into a beautiful and mysterious women.

Tam is visiting the palace with her sister in-law and doesn’t expect to find love. She is a commoner and thus limited to few potential courtly husbands. She has little interest in court life in truth but she is there to accompany her sister in-law.

When she runs into Prince Corin, the last thing she expects from it is a dinner invitation. Though he knows she is a commoner, Corin can’t help but be attracted to Tam. For a brief moment he is able to forget about his responsibilities and think only of the enchanting woman in front of him.

With war on the horizon and dragons commanding freedom, the time Corin and Tam has is short.

This must be my year for difficult books to review! On one hand I really loved this book but there were some things that just didn’t work for me.

For one, I really wanted to know more about their world. This was a high fantasy and I didn’t feel like I got a feel for the world at all which was disappointing.

It would almost have been easier to have this set some place like England and then add dragons to the landscape. I wanted to know more about the people, the land, the culture, the history etc and I just didn’t get that with this one.

There were some other minor things that I found distracting and at times confusing but on the whole the biggest issue I had was with the under developed world.

I know there is always that fear of making it too long and scaring the audience off with a lengthy read but in this case I felt that if it had been longer there could have been more landscape development and made it a more fulfilling read.

So what worked…..the characters and the love story. The romance was cliche but that didn’t make it any less enjoyable and charming. I liked Tam and Corin and I especially liked them together.

When I first picked this book up I thought it might be YA, which is fine but when things started getting hot and heavy between Tam and Corin I was wondering if this would be YA appropriate.

It’s not marketed as a YA book from what I can tell and though there are sex scenes, I didn’t think they were overly graphic so if an older teen did pick this up, I don’t think the sex scenes would be too shocking.

I liked that much of the book was focused on the relationship between Tam and Corin and not just on the adventure and the dragons. I loved them together and loved watching how things developed. Tam was likable and sassy, and Corin dashing and charismatic but at the same time he was dignified, brave, and commanded power. It was hard to not fall in love with him right along side Tam.

So where does that leave me with the rating? I went with 3.5 stars. While there was a lot to love, the underdeveloped world that the characters lived in left too many question marks for me. Ir you are looking for something to satisfy your high fantasy or dragon withdraws, you might feel like you are missing something but it’s worth a read for the love story!

2 thoughts on “Review: Moth and Spark by Anne Leonard”