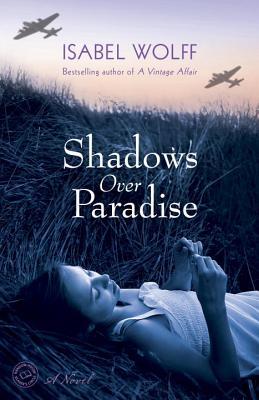 Jenni’s has lived in the shadows most of her life. She is an accomplished ghost writer where she never gets any recognition for her work.

She is in a tedious relationship with her boyfriend of two years. She never wanted to have children but did hope to get married one day.

All of her friends are getting married and having families and she does feel a little left out.

Her boyfriend soon starts pressuring her to have children but she refuses. She has been harboring a childhood secret and can’t bare to share it with him.

At a friend’s wedding, Jenni receives an offer to ghost write a woman’s memoirs. It comes at a good time and her and her boyfriend decide to take a break to sort things out.

The only issue is, the woman lives in the Cornish coastal town of Polvarth. The same town where tragedy befell Jenni as a girl.

Klara, the woman Jenni is ghost writing for, is a Dutchwoman who grew up on the island of Java during the WWII Japanese occupation. She was interned at a camp there and suffered unimaginable events.

This is a time that Klara has never talked about, even to her children but she is prepared to finally tell her heroic and inspiring story of survival to Jenni.

As Klara shares her story, Jenni too is forced to face her demons and hopefully put the ghosts in her past to rest and move on with her life.

This story was much different than I expected. I don’t quite know what I was expecting but it wasn’t this. It’s hard to put into words. I guess I thought this would be more about one woman’s tale of survival in a beautiful exotic location. I wasn’t prepared for the moving stories of two very different women.

I love stories set on the British coast. I can’t really explain why but something about the British sea makes it the ideal place for ‘healing’ for me. So as soon as I started reading this book and discovered that a lot of it was set on the Cornish coast, I was immediately drawn and felt a connection to Jenni and the people of the coastal town.

I could identify with Jenni quite a bit actually. Part of me felt like she was a little too timid for me, but I could understand how she felt isolated from her friends. Here they all are having these ‘traditional lives’ while she is stuck in this weird limbo phase. Not married, no children and she’s basically living her life through her clients.

I don’t know something about Jenni just made me feel connected to her. She was tragically real, vulnerable, and I felt like I could relate to some of the things she was feeling.

Klara was a very strong character. Normally I prefer stronger characters to their weaker counterparts such as Jenni, but there was something about Jenni that I was more drawn to. Don’t get me wrong, Klara’s tale was powerful and heroic and I loved the Klara parts of the story, I just loved them in a different way than the Jenni parts.

I knew nothing about the Japanese occupation of Java or any of the internment camps so this was all fresh new history for me. I loved reading about something entirely new in a new exotic location.

I loved how the author merged two seemingly unlikely stories together. The author really played up the ghostwriting with the ghosts of each woman’s past concept which I also devoured.

When I first picked this book up, I thought it was going to be YA but it wasn’t. It’s not chick lit either. I would say women’s fiction/historic fiction.

This is a book about facing the past, friendship, and love. I really loved how this book came together. It was beautifully written and the settings were magical! I will definitely read more by this author in the future!