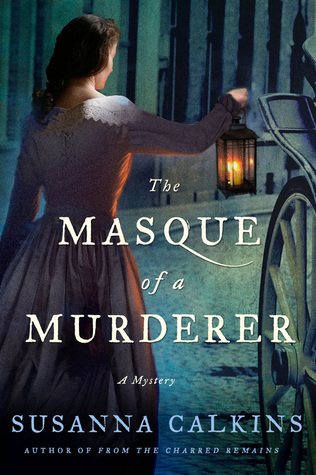 Lucy Campion hasn’t seen her friend Sarah for years when she suddenly returns from abroad after her brother, Adam, was injured.

Sarah has been in the Americas spreading the word of the Friends. In England and the new world, the Quakers are not a welcome group.

Sarah’s family has all but disowned her, but now that she’s returned, her family hopes her frivolous foray into the Friends, is at an end.

Shortly after returning home, Sarah receives word that a past love interest, Jacob, has had been hit by a cart and will likely not survive. Jacob has also turned to the Friends in recent years and was completely shunned by his wealthy family.

At the behest of Sarah’s family, Lucy accompanies Sarah to Jacob’s house. There, Lucy sees just how serious Jacob’s injuries are. The house is full of Friends and his wife is in complete distress. Sarah tries to consul Jacob’s wife by removing her from the room for a rest. Before Lucy can leave as well, Jacob grabs her and tells her that his accident, wasn’t really an accident—he was pushed.

Jacob received a letter from his estranged sister only days ago, warning him that there is am impostor among the Friends and he is in danger, next thing he knows, he’s being pushed in front of a cart. He fears his wife is in grave danger and implores Lucy to help find the impostor but to not say a word to anyone else except Sarah and her brother Adam for those are the only two he trusts. With that, he dies.

Lucy’s only living lead then would be Jacob’s sister, but when she too turns up murdered, Lucy has little to go on. Who could possibly be a traitor among Friends?

While this book is the third in the Lucy Campion series, I didn’t feel too lost. The author did a nice job filling in the gaps for new fans of the series, especially when it came to the relationship between Adam and Lucy as well as Lucy and Constable Duncan.

On one hand, I really liked this book. I thought the body searchers aspect was unique and interesting. I was fascinated by the death sketches, so I would have read for those little historic tidbits alone. I liked Lucy and the complex relationship between her Adam and her conflicting feelings for Duncan.

I don’t know that I loved the period that it was set in. The 1600’s are kind of non-descript for me, not a lot going on historically, maybe that’s why the author went with this setting….something different? For me I think this would have worked better set a little later on. Lucy was still a little too independent and forward thinking for the period, as were some of the other characters.

Even a hundred years later might have worked better. When I think of female ‘detectives’ or ‘investigators’ I guess I automatically jump to the Victorian age since that was the dawning of the investigatory sciences. Bottom line, I expected it to be set in a different period and was surprised when it was in the 1600’s.

At times I felt like the Friends and their struggles in society were being overly stated. A couple of times, no problem, but I felt that I was being told of their struggles too much in each chapter.

And perhaps I am a little bias when it comes to my critiques of the Friends….Outlander kind of ruined the Friends for me. I find their “simply language” on text, chafing. It bogs things down for me when I am reading because it’s so formal and not natural for me so I felt like some of the dialog in this was a little tedious.

So on one hand, I was happy to discover a new lady detective series but on the other there were things that weren’t what I was expecting.

The author is consistent in her writing and gives the audience something to look forward to in each chapter—driving the story forward. I enjoyed how the author explained things and I liked how Lucy analyzed info and puzzled things out.

I also loved that this novel was sort of a cozy mystery but yet had a little kick to it. At times it could be a little racy and a little morbid but still maintained that cozy charm.

Please check out other stops on the tour for author interviews, giveaways, and guest posts as well as a number of other reviews! The schedule is listed below! There is also a tour wide giveaway happening! For details please see the end of this post!

Book: The Masque of a Murderer (Lucy Campion Mysteries #3) by Susanna Calkins

The Masque of a Murderer Blog Tour Schedule

Monday, March 23
Review & Interview at Oh, for the Hook of a Book!

Tuesday, March 31
Review at With Her Nose Stuck in a Book

Thursday, April 9
Review at The Lit Bitch
Guest Post at A Literary Vacation

Friday, April 17
Spotlight & Giveaway at Passages to the Past