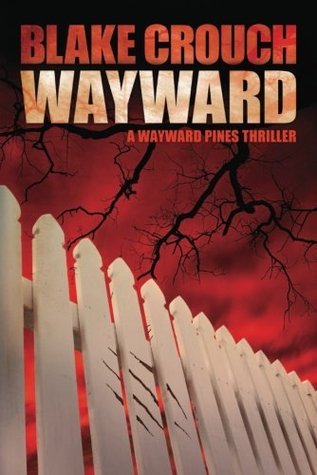 After burning through the first book of the Wayward Pines series, I immediately picked up the second book and started reading.

The first book ended with some stunning revelations about what exactly the town of Wayward Pines, Idaho really was.

Ethan Burke was finally coming to terms with his position in Wayward Pines and finally beginning to understand what exactly was at stake should he continue to fight conformity.

But then suddenly there is a murder in Wayward Pines…..the first one….well the first one that wasn’t orchestrated or planned anyway.

This murder was different, and it was clear the victim was tortured. According the billionaire mastermind, David Pilcher, there is a group of ‘rogue’ Wanderers that are threatening everything that Wayward Pines stands for and they are the ones who likely committed the murder, so he orders Ethan to investigate.

Ethan’s ex lover, Kate, is one of the suspected Wanderers and was also close to the victim. Ethan struggles to see Kate in this new light, he can scarcely believe she would torture someone……but Wayward Pines changes people.

This book was again, another twisted mind-fuck. It’s different than the first book in the series in that there isn’t as much action, but there is a lot more ‘mind games’ and weirdness that happens.

I was hoping that we would get to know some of the characters more, like maybe find out more about their lives before……especially Ethan since he’s the main character. We got to know a little more about Pam and Pilcher but that was about it…..maybe a glimpse of Theresa’s life during her first few years at Wayward Pines….but that was it.

That’s the singular thing keeping me from giving this series so far a five star rating….the story is well constructed and most of my questions about the ‘world’ and how Wayward Pines ‘works’ are answered in the story, but I feel this major disconnect from the characters.

I suspect this has something to do with the genre, but I guess I was just hoping for more of a personal connection to Ethan in some way. I don’t really like him all that much but I can sympathize with him and by the end of this book, Ethan slowly won me over, but I just don’t feel connected enough with him to really ‘like’ him.

This book was the perfect ‘set up’ novel to the final ‘show down’ in this series. The first book was action packed and this one filled in all the gaps plus set up the reader for what promises to be an epic, action filled book to come!

I don’t want to give too much away about the plot, but let’s just say there are parts that are predictable but it’s for that same reason and predictability that as a reader I was anxious for what’s going to happen next. The murdered identity and the Tobias story line were all fairly obvious by a certain point (which was early on) but for that reason I was anxious and worried for what’s going to come next!

This has been a great, easy summer read so far and I’ve really loved my time in Wayward Pines…..where paradise is home!

One thought on “Review: Wayward (Wayward Pines #2) by Blake Crouch”