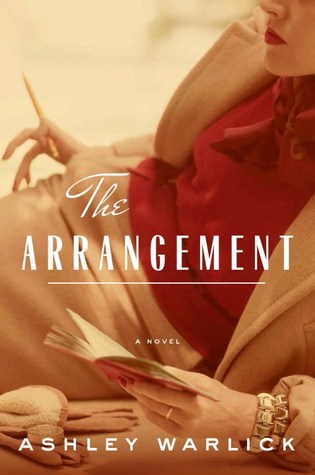 What isn’t known about this interesting woman, is much about her personal life. That’s what writer Ashley Warlick plans to do……create a more or less fiction account of a factual figure.

When we meet Mary Frances, she is young, restlessly married, and returning from her first sojourn in France……she is hungry, and not just for food.

She begins writing to impress friend and neighbor Tim, who seems to understand her better than anyone. Mary Frances and her husband, Al, no longer share the things that once bound them together—a good glass of wine, a fine meal, their creative and passionate energy.

After a night’s transgression, it’s only a matter of time before Mary Frances claims what she truly wants, plunging all three of them into a tangled triangle of affection that will have far-reaching effects on their families, their careers, and their lives.

Set in California, France, and the Swiss Alps, this is a story full of sensuality and an enveloping story of love, passion, and a woman well ahead of her time, who had the courage to be—and to take—exactly who she wanted.

But like a good complicated romance, a book like this one was also complicated for me to review. On one hand, I really liked the love triangle situation. I felt like the feelings that Mary Frances and Tim shared were passionate and believable. I felt invested in their relationship and their love for each other but I didn’t necessarily feel invested in the actual characters themselves.

The feelings and romance part were well written and memorable but the characters themselves when looked at individually were kind of flat for me. For instance, Mary Frances was a woman who inspired a new literary genre with her well written love of food……but in the book I didn’t feel like she was deeply connected to her writing in the way that was expected from the woman which was implied in the book description. I don’t know if that’s because the writer didn’t research her character enough or if that was intentional or unintentional…..I just wasn’t sure. So much of the author’s focus seemed to be on the romance–which is fine–however I think it’s equally important to have the individual characters develop more so that the audience is just as invested in them as they are with the romance itself.

The other thing I noted was a lot of the book is set in pre WWII, I expected that mounting historic tension would have played a bigger role in the book itself. I felt a little disappointed that this wasn’t played up more in the book. I love war time romances and I think that the tension between Mary Frances and Tim could have only been enhanced by the dramatic historic backdrop.

All that said I did enjoy the romance part of this book immensely. What I loved most was Warlick’s ability to create almost blameless characters. There are no real good guys or bad guys in this book which is hard to do when writing a complex romance–particularly about adultery. Sometimes it’s easy to cast the husband as the ‘bad guy’ but I didn’t see this happening in this book. The relationship between Al and Mary Frances just seemed more tragic…..like two people who just grew apart, no one’s fault that she fell in love with someone else. I really liked that and respected the author for choosing to go that route…..it felt more real and genuine.

Overall this is a decent read especially for the spring time. There isn’t much written about M.F.K. Fisher so if you are interested in her as a person or even as a writer then this is a fun read that introduces the reader to her and the loose details of her life.

One thought on “Review: The Arrangement by Ashley Warlick”