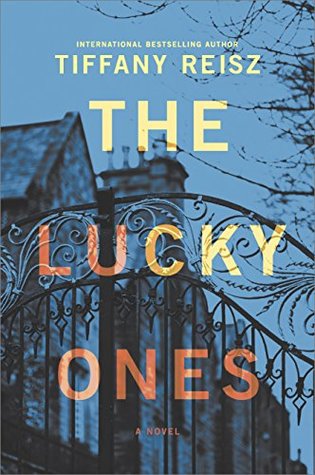 After binge reading all of Simone St James’s books, I was eager to read another gothic style, romantics suspense/thriller. This one was coming up on my review calendar and I was super excited to check it out since it was tagged as ‘romantic suspense’ on Goodreads.

The summary hints at so many promising pieces of the plot…..past secrets, romance, and thrills. Plus it’s set on the Oregon coast, as an Oregonian how could I possibly pass up a book set in my home state?

They were seven children either orphaned or abandoned by their parents and chosen by legendary philanthropist and brain surgeon Dr. Vincent Capello to live in The Dragon, his almost magical beach house on the Oregon Coast.

Allison was the youngest of the lucky ones living an idyllic life with her newfound family…until the night she almost died, and was then whisked away from the house and her adopted family forever.

Now, thirteen years later, Allison receives a letter from Roland, Dr. Capello’s oldest son, warning her that their father is ill and in his final days. Allison determines she must go home again and confront the ghosts of her past. She’s determined to find out what really happened that fateful night–was it an accident or, as she’s always suspected, did one of her beloved family members try to kill her?

But digging into the past can reveal horrific truths, and when Allison pieces together the story of her life, she’ll learns the terrible secret at the heart of the family she once loved but never really knew (summary from Goodreads).

Ok so after reading the summary for your self, it sounds like it should be placed firmly in the thriller category. Reisz is a completely new author to me, I have no idea what other books she’s written or what genres she writes in. But after about 10 chapters into this book I found myself wondering why there was so much sex?

Again, I am not prude nor do I have any issues with this, it was just unexpected in this book. While the focus wasn’t necessarily the sex, there was a lot of it and I found myself feeling like I was reading something that should actually have been more in the romance section that what was alluded to in the summary and other category tags.

So warning, this book contains graphic sex. Point made.

The romance between Roland and Allison is steamy and complex. I won’t give away too much but let’s just say he’s a different kind of unattainable. Not a married man or anything but something else entirely which was surprising and added an interesting layer to the story.

The mystery part was ok. In some ways I actually liked the romance better. I went into it thinking I was getting a thriller but ended up caught up in Allison’s love life because that was so strongly written and enjoyable. I found myself frustrated by the mystery because I wanted more of the romance. Sometimes it works to blend the two genres together but sometimes when someone is such a strong romance writer such as Reisz, it’s hard to blend the two. Side note, Reisz does write erotic novels as her bread and butter–after reading some reviews of those novels, they sound well done.

While at times the mystery frustrated me, it doesn’t mean that I didn’t find it well written. I personally felt that the romance was stronger so that’s the plot that I liked best. The mystery has eerie elements and there were some intensely suspenseful moments. While I didn’t know that I loved this book, I did find it dark and compelling and I kept reading because I had to know how everything was going to mesh in the end.

Book: The Lucky Ones by Tiffany Reisz

2 thoughts on “Review: The Lucky Ones by Tiffany Reisz”