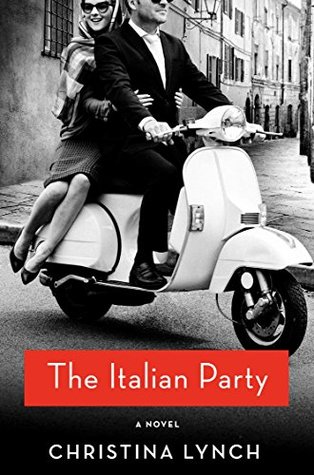 Sometimes I feel adventurous and I read books outside of my traditional review genres. I do this for a couple of reasons……sometimes its for my own pleasure, meaning something sounded interesting.

Other times it’s for my readers (and me too) so they are exposed to other books besides the normal preference. Then there are times when I’ve been deep in my usual review genre that I just need a break.

That’s what happened with this book. I had been reading so many historical mysteries and cozies that I felt like I needed something different with a little more meat.

Newly married, Scottie and Michael are seduced by Tuscany’s famous beauty. But the secrets they are keeping from each other force them beneath the splendid surface to a more complex view of ltaly, America and each other.

When Scottie’s Italian teacher—a teenager with secrets of his own—disappears, her search for him leads her to discover other, darker truths about herself, her husband and her country. Michael’s dedication to saving the world from communism crumbles as he begins to see that he is a pawn in a much different game. Driven apart by lies, Michael and Scottie must find their way through a maze of history, memory, hate and love to a new kind of complicated truth (summary from Goodreads).

So is this book historical fiction? In short, yes. But for me I would categorize it as a historical spy novel rather than just the generic historical fiction. I picked this book because I was interested in the post war period. My review genera tends to run from Regency to the end of WWII so anything after WWII I usually pass on just because it’s not really my era of interest. However, lately I’ve been interested in the rise of espionage and other government agencies and the Cold War. I saw a documentary and was intrigued so when this book came up, it was ripe for my reading pleasure.

I was surprised by this book. When I read the summary I thought it was going to be a bite more serious. The cover also made me think it was going to be more of a serious book. This was the book that I didn’t know I needed and here is why…..it wasn’t the serious piece of literature that I was expecting. It was a funny, romantic, book with spies. Was I expecting more of a book with a James Bond feel? Yes. Was I hoping for something with more history? Yes. However I found myself not minding that this book was more on the fun side.

It’s funny because a lot of other reviewers thought the book was more frills on the outside but had a lot more depth and I thought kind of the opposite. The cover says more serious to me while the book itself was about romance, friendships, relationships, a little history, and the fabulously rich Italian culture and countryside. Yes it had serious moments but this was more of an easy spring break read for me.

It was well written and I found the author built a world of believable characters set in an interesting period with interesting jobs, but that wasn’t the focus of the novel. Spies and history were part of the novel but not the focus. Toward the end, the novel became more serious which was a little disorienting especially when so much of the book had been more on the lighter side, but it worked so I can’t argue.

I loved how Lynch really brought the Italian countryside to life. Yes the characters were fun, and the story itself was original and enjoyable to read but what really made this book for me was the descriptions of the countryside and culture. I read this one during spring break when everyone I knew was posing all their exotic vacation pics all over my social media and I was getting rather sad that this year we didn’t go anywhere. But after reading this book, the descriptions and culture were so vivid that I felt like I was actually on an nice little Italian vacation.