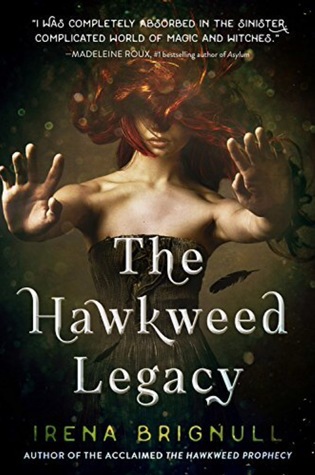 When I was pitched this book, I thought this was the first in the series. I loosely read the summary and just assumed that it was the first one.

So let’s get this out of the way first—read the first book in the series before you read this book. It’s hard for me to write a review for this one because it’s very clearly part of a series and was meant to be read by people who had read the first book.

With that in mind, I could have backed out and said I would rather wait and read the first one before writing a review, but I made a commitment and I decided to read on and focus on the writing and world building rather than the bigger story.

Poppy is discovering a purpose for her powers in Africa, but she is haunted by a vision of her own death. Taken in by a boy and his great-grandmother, a healer, they vow to keep her safe-even if that ultimately means holding her captive. But Poppy never stops longing for Leo and, when she feels his magic begin to spark, she will do anything to be reunited with him.

Desperate to regain Poppy’s trust and bring her home, Charlock embarks on a plan to reunite Leo with his mother. What Charlock doesn’t foresee are the string of consequences that she sets into motion that leave Ember all alone and prey to manipulation, the clan open to attack from other witches, Sorrel vulnerable to Raven’s ghost, Betony determined to protect her son from his father’s fate, and which leave both Leo and Poppy in terrible danger (summary from Goodreads).

In retrospect, I should have gone back and read the first book as this one picks up apparently right where the first book left off. It’s evident that readers should be familiar with the first book and the characters, as a newbie I had no idea what was going on for quite a few chapters. But as I said, besides being lost I tried to keep focused on how everything was written.

In my opinion, the author does a remarkable job creating characters that are interesting and operate in a rich fantasy world. The storytelling style reminded me of a fairytale and I loved how breezy the narration was. It wasn’t elementary or basic. While this book is a YA novel, the author keeps with the breezy narration but yet doesn’t make it so basic that older readers would get bored.

With the characters, the author did a great job creating people that readers might or might not like. At times I was sympathizing with them and at other times I was like ‘what are you doing?!’ This book alternates between different POVs and I love books that offer the same story but from a different perspective.

While I enjoyed this book and I appreciated the world and interesting characters with pretty narration…..I just felt so lost. So how to rate this book? I hate rating books based on my own short comings—in this case not reading the first book. Had I read the first book I think I would have liked this book a lot more—-but I haven’t so do I rate the book lower because I was lost? Part of me doesn’t want to rate this book at all but the OCD in me is too loud and I need to rate it. Ultimately I decided to go with 3 stars. I was completely lost in this book, but I did enjoy the narration and characters and had I read the other book I would probably have rated it a 4, since I didn’t read the first book I would have gone with a 2, so I split the difference and went with a 3. If you are thinking about reading this one but haven’t read the series, go read the first book. If you have read the first book, then I think you will be eager to find out what happens.

One thought on “Review: The Hawkweed Legacy (Hawkweed Prophecy #2) by Irena Brignull”

Leave a Reply to Asha - A Cat, A Book, And A Cup Of Tea Cancel reply