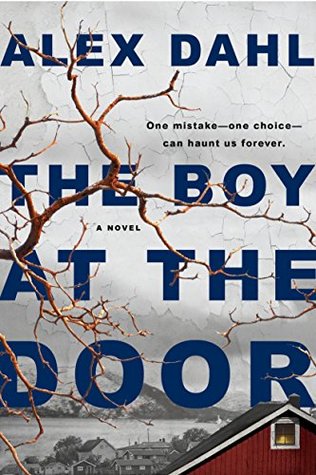 Scandinavian people truly have their own unique style especially when it comes to books. If Ikea is any indicator, when I pick up a Scandinavian book, the first thing I expect is for it to have some degree of detachment and a slightly stark, cold feel.

When I read The Girl with the Dragon Tattoo, that’s exactly what I got. Since that’s the only exposure I’ve had to Scandinavian lit more or less, when I picked this one up, I expected to have a similar experience.

Cecilia Wilborg has it all–a loving husband, two beautiful daughters and a gorgeous home in the affluent Norwegian town of Sandefjord. And she works hard to keep it all together. Too hard. Because one mistake from her past could bring it all crashing down around her.

Annika Lucasson lives a dark life with her abusive, drug-dealing boyfriend. She’s lost everything one too many times and now she’s got one last chance to save herself, thanks to Cecilia. Annika knows her secret–and just how much she’s willing to do to make it all go away…

When someone forgets to pick up their little boy at the local pool, Cecilia agrees to take him home, only to find an abandoned, empty house. It’s the first step in the unraveling of her meticulously crafted life, as her and Annika’s worlds collide (summary from Goodreads).

This book was on the gritty side so if you don’t like noir-ish, hard boiled books then this probably isn’t the book for you. Not every book fits every readers tastes and this one was definitely one of those books. If you aren’t a fan of dark, disturbing crime fiction, with drug references, then I would hard pass on this. Did I love it? No. Did I hate it? No. This was a straight up in the middle read for me.

It did have that tell tale cool, stark, and austere feel to the story telling style that seems to be such a hallmark for Scandinavian lit. It was atmospheric and super suspenseful which did keep me reading. Though the plot itself was completely over the top, boarding on unbelievable which made it hard for me to see happening in real life.

For example, a small boy being sent home with strangers. Cecilia is asked by the swimming pool receptionist if she could give an abandoned boy a ride home. What the hell? That would never happen here in the United States. So that right away put me off to some aspects of the story.

I noticed that a few other reviewers felt the same, and many DNF this one for similar reasons as me. Others said if you can get through the unrealistic nature of some of the scenes, then you should be fine. I mostly agree because I did power through and continued reading mostly because it was so suspenseful….realistic or not. I remember having similar feelings with The Girl with the Dragon Tattoo…..I didn’t really like it and found it disturbing but I kept reading because the suspense was killing me. That’s very much what happened with this book.

Overall this book was just an ok read for me. I had trouble connecting with any of the characters and I ultimately found it difficult to accept some of the situations that arose in the plot. While I might be in the minority with this one, I still found it suspenseful and was willing to keep reading to find out what the ultimate resolution was.

Book: The Boy at the Door by Alex Dahl

One thought on “Review: The Boy at the Door by Alex Dahl”