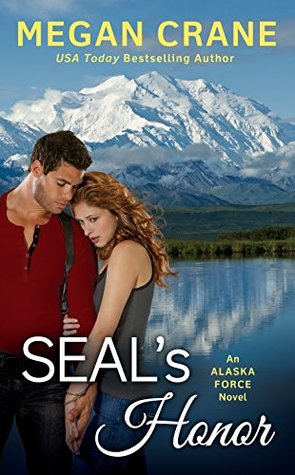 Many women love a good romance story, and I am one such women. All of us women have our favorite troupes or settings—-some like cowboy romances while others prefer a rogue of the peerage, others like military romances.

For me, I just like a good story but if I’m being honest, I like the rogue of the peerage best but I don’t mind the occasional cross over into other troupes. The book was one that I just happened to see one day while I was scrolling through Netgalley looking at new releases. I had just seen a special on SEAL training on the History Channel so I was immediately drawn to this book.

The last thing Blue Hendricks needs six months into his uneasy reentry into civilian life is trouble in the form of his old friend’s kid sister, all grown up and smack in the middle of a dangerous murder investigation. But he didn’t become a SEAL to turn his back on the hard stuff, and he can’t bring himself to ignore Everly’s call for help–no matter how much he knows he’s not fit to be around the soft, vibrant woman she’s become. Not after the things he’s done.

Everly Campbell is desperate. When her roommate is murdered and the body vanishes, Everly fears she might be next. With no one to believe her, Everly runs to a remote Alaskan town to find a man she only vaguely remembers and his crew of ex-military brothers who could be her only hope. Blue wants to keep things all business but Everly isn’t a little girl anymore and the commanding former SEAL is more temptation than she can resist.

As the men on Everly’s trail draw closer, Blue will do anything to protect the woman he’s starting to think of as his (summary form Goodreads).

When I am looking for a romance, the first thing that I am drawn to is a brooding and flawed bordering on asshole hero. I love watching the hard exterior melt away to reveal a tender hearted hero. I have to admit, Crane did an excellent job at creating just that with her hero, Blue. He was an asshole for much of the book…..bordering on completely unlikeable and unredeemable.

I had to remember that men who join the SEALs aren’t always known for their kind hearted, gentle spirit. These are hard core men who have seen unspeakable horrors and violence. Their work isn’t easy and it truly takes a special person to join such an elite force as the Navy SEALs, so if you look at Blue’s character from that perspective, I think he fits the SEAL role nicely though it makes for a tricky romantic interest.

There were several times that I thought ‘oh my god why are you into him Everly?! Just move on girl!. But Crane offered hints of his redeeming character along the way. Eventually I found that I liked him—maybe I didn’t love him but I liked him enough to completely the story. I didn’t however care for his name—or Everly either for that matter—-and I didn’t like that he called her ‘little girl’ so much in the story but in the end somehow I found myself warming to him—at least a little.

When it comes to romance, as I have said before, you are getting high brown literature, but what you are getting is a guaranteed happily ever after and that’s what I was looking for with this one and it delivered. I loved the suspense/murder investigation in this book. I thought it added a lot to the story and kept a nice balance between romance and mystery.

Crane has written several other books and I think she did a good job writing a believable romance and a dynamic couple that had to work for their romance. I enjoyed reading this book and I thought it offered a nice little escape from daily life. I stepped out of my comfort zone with this one and I found that I would definitely read more by her in the future!