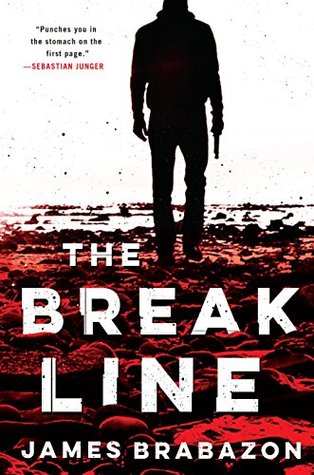 When I first started blogging, I wasn’t reading too many thrillers, let alone government thrillers.

But over the years, I have read a few here and the genre started to grown on me. Since I started blogging, I have increased my thriller base substantially.

Often though, I find that I am coming into a thriller series late in the game, with established characters and well developed subplots. When I had the opportunity to start this government thriller from the beginning, I eagerly said yes.

This is a debut novel for author James Brabazon and his main character Max McLean so steaks are high for a solid introductory novel.

When it comes to killing terrorists British intelligence has always had one man they could rely on, Max McLean. As an assassin, he’s never missed, but Max has made one miscalculation and now he has to pay the price.

His handlers send him to Sierra Leone on a seemingly one-way mission. What he finds is a horror from beyond his nightmares. Rebel forces are loose in the jungle and someone or something is slaughtering innocent villagers. It’s his job to root out the monster behind these abominations, but he soon discovers that London may consider him the most disposable piece in this operation (summary from Goodreads).

This book was definitely on the gritty side. This spy, Max McLean is far from the martini drinking, debonaire James Bond. This main character is much darker and much more complex.

The author, James Brabazon, is a former war journalist and that absolutely shows in this book. This book has a lot of detail and it is clear he knows or has done a lot of research on British covert operations and intelligence like Mi5/Mi6. I had a great deal of fun reading about these agencies and their operations. One hang up I had though was some of the technical language. On one hand added authenticity, but on the other hand it was a little overwhelming to the casual reader such as myself.

When the book started out, it was a little on the slow side. I wasn’t completely invested until about 30% of the way through, then I was eager to keep reading and see how things panned out. I wouldn’t exactly say that the beginning was ‘boring’ but it wasn’t as engaging as the last half of the novel.

There is also quite a bit of gore in this book. As with any authentic thriller, there is a measure of violence and gore necessary to validate the realism in the story—and thus is the case with this book, however for me toward the end, it started to be a little bit of overkill (no pun intended).

Over all this was a good debut. I would recommend it to people who are fans of spy novels and government/military like thrillers and covert ops.

Free review copy provided by: Penguin Random House and Berkley Publishing in exchange for an honest review. All opinions are my own.

One thought on “Review: The Break Line (Max McLean #1) by James Brabazon”