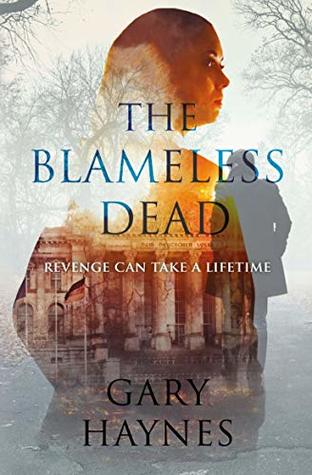 I think that a lot of people feel that the war ended on VE Day in 1945, but it wasn’t like VE Day came and suddenly everyone put down their arms and went about rebuilding their lives rebuilding everything.

That is the reason this book caught my eye. This book is set in the final days of WWII there Red Army makes its way through a dying Nazi Germany….I thought this book had a lot of historic potential that would be interesting and new for me. Plus it sounded like it was going to look at how the ramification of war would be felt throughout the generations.

In some ways I thought it was going to be more of a mystery novel, it definitely had mystery component but it ended up containing a lot more history than I anticipated and it was that history that shined in the novel for me.

In the dying days of World War Two, Pavel Romasko and his Red Army colleagues pick their way through the detritus of a dying Berlin. Stumbling upon the smoking remains of a Nazi bunker, they find something inside that eclipses the horror of even the worst excesses in the city above them.

As the war ends, retribution begins. But some revenge cannot be taken at once. Some revenge takes years.

Which is how, seventy years later, FBI agent Carla Romero and New York lawyer Gabriel Hall are enlisted to investigate a series of blood-chilling crimes that seem to have their roots in the distant past — even though the suffering they cause is all too present. And for one of them, the disappearance of young women is a particularly personal matter.

The Blameless Dead is an epic edge-of-the-seat drama that sweeps across centuries and continents, taking in some of the most important events of modern history and exposing them in honest and unflinching terms (summary from Goodreads).

This summary was right in that it was an epic novel that packs a major punch in the history department. There was so much historical ground covered in this book and the author should be commended on his research. The history part was interesting and new to me and I was never bored with the material at all.

That said, I thought there was some difficult content that readers should be aware of. There are graphic descriptions of torture to women and children, snuff films etc and for me they were at times difficult to read. I think this was a bold move on the writer’s account, this book was clearly meant to be an upfront look at war and the darker side of human nature. It wasn’t meant to be a rose colored novel about war, but rather an in your face look at the true victims of war and what men did to innocents in the name of war.

This is not a book that I think would appeal to a wide audience, but perhaps rather a specialized one. This is a book that is meant for fans of historic thrillers with a dark side. For me, I thought it was bold and I appreciated the complexity of the story with the timeline spanning decades. I loved how the author linked the past and present and that it doesn’t just stop at the end of the war. It looks at the ramification of that war and how if continued to impact generations. I thought this was brilliant and well done.

But like I said, I think that this kind of book will appeal to a certain reader and not others. I felt that the boldness of the topic was enough for me to give it a 4 star rating, but I know that others might find this book disturbing or unlikeable. It will take some concentration and is a slower read to digest, but over all I thought it was bold and well done.