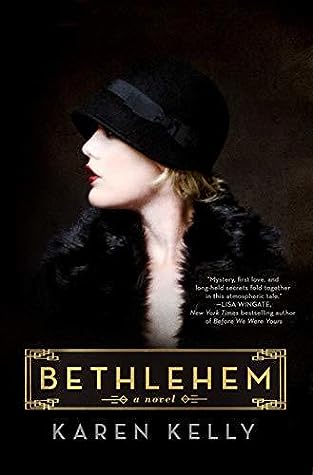 This book came across my desk for review months ago. I adore the simple cover and didn’t need to think twice about adding this one to my review schedule because it was historical fiction and looked elegant! Let’s be honest that cover is a solid 10. It’s gorgeous and I absolutely love love love it!

While this book is a debut for writer Karen Kelly, I was looking forward to it because of all the early advance praise it received. Though it did have some large shoes to fill when it came to some of the early praise and promise of the summary.

Her writing style is described as ‘the writing chops of Ian McEwan and the story-craft of Lisa Wingate’. McEwan is a big name in literature so obviously I was a little skeptical, especially since I don’t really care for his novels, but that said, I was eager to see if this book lived up to the hype it’s been getting.

With the writing chops of Ian McEwan and the story-craft of Lisa Wingate, Karen Kelly weaves a shattering debut about two intertwined families and the secrets that they buried during the gilded, glory days of Bethlehem, PA.

A young woman arrives at the grand ancestral home of her husband’s family, hoping to fortify her cracking marriage. But what she finds is not what she expected: tragedy haunts the hallways, whispering of heartache and a past she never knew existed.

Inspired by the true titans of the steel-boom era, Bethlehem is a story of temptation and regret, a story of secrets and the cost of keeping them, a story of forgiveness. It is the story of two complex women—thrown together in the name of family—who, in coming to understand each other, come finally to understand themselves (summary from Goodreads)

This one was a tough one to review for me. I enjoyed the last half of the book and how things came together but I don’t know that the first half had the same drive I was hoping for. The first half was a little on the slow side and I found that frustrating because once the book started to pick up, it just seemed like all the steam was used in the last half rather than spaced out if that makes sense.

While the pace of the book was a little bit of a struggle for me, I did like the characters and felt that the development was great and it was a pleasure getting to know them, especially in the beginning. The character that I liked and identified with the most was Susannah and I enjoyed watching her evolve throughout the story.

This is much more of a character driven novel than historical fiction, at least for me it was. It focused more on marriages, romance, and the strong females and relationships they had rather than on the historical parts. Over all I felt that this was a solid debut novel and this is an exciting author to watch and this one landed at 3.5 stars for me.