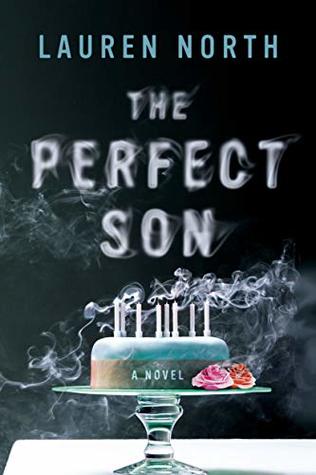 Full disclosure, I wanted to read this book because I loved the cover. It was eye catching and coupled with the title suggested and interesting and complex mystery that I was instantly dying to read.

This book is also the author’s debut and I was even more excited to read it since her author bio sounded so relatable! Here’s the CliffNotes version—Lauren’s love of psychological suspense has grown since childhood and her dark imagination of always wondering what’s the worst thing that could happen in every situation—I felt like I found my person!

Like many kids I had a huge imagination but unlike other kids who were dreaming of unicorns and rainbows, I was fascinated by the worst case scenario. For instance, I wondered what would happen in a car crash and I also watched the weather channel like it was the most intense thriller known to man (I loved natural disasters) and I was constantly questioning what would happen is a volcano erupted and how bad it would actually be. Needless to say I have never out grown that imaginative phase. So when I read her author bio I was like—F(*@ YES I need this book!

A disturbing and shocking debut novel of psychological suspense about a recently widowed mother, her young son, and the lengths she’ll go to in order to keep him safe.

When Tess Clarke wakes up in the hospital the day after her son Jamie’s eighth birthday, she’s sure of these things: She’s been stabbed, her son is missing, her brother-in-law and her grief counselor are involved. But no one is listening to her.

After her husband, Mark, died suddenly in a terrible accident a few months earlier, the only thing keeping Tess together is Jamie. As they struggle to make sense of their new life without Mark, they find joy in brief moments of normalcy like walking to school and watching television together. Life is hard without Mark, but Tess has Jamie, and that’s what matters.

But there in the hospital, confused and surrounded by people who won’t listen, Tess’s world falls apart. To save her son, she must piece together what happened between Mark’s death and Jamie’s birthday, but the truth might just be too much for her to bear (summary from Goodreads)

This is one of the better thrillers I’ve read in a long time. I was instantly enthralled in the book and was able to read it in a couple of long sittings. As I have a 3 year old boy myself, it was instantly terrifying. I can’t imagine waking up in a hospital bed and having no idea what happened to my kid. It sounded so chilling and as the story unfolded I was beyond captivated just based on the beginning of the book alone.

I don’t know if this book really fit in the thriller category, since it seemed more mystery to me but I ended up classifying it as a thriller because it was fast paced with intelligent and well drawn characters and I felt like even if it was more mystery, I picked thriller because it read so fast. Plus there was a distinct psychological aspect to the overall novel that put it in more of the thriller category.

Tess and Jamie were fully realized and lovable characters. I loved how much the author put into their story and development and found it difficult to NOT fall in love with them. Some of the flashbacks that Tess had where she was being interviewed were a little confusing and just ok for me, but in the end it wasn’t overly distracting to make me dislike the book, story, or characters.

This was an impressive debut and readers will surely love the twists and turns in this story.  I can’t wait to see what Lauren North comes up with next. This one held my interest and kept me guessing and I couldn’t get enough. The afternoon that I finished it, I was supposed to go workout but I bailed on my workout because I was way too wrapped up in this one. Well done indeed!

2 thoughts on “Review: The Perfect Son by Lauren North”