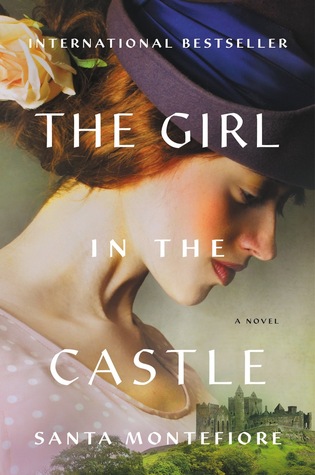 I read one of Santa Montefiore’s standalone novels recently and I couldn’t get enough of it. I loved Secrets of the Lighthouse and I was desperate to get my hands on another one of her novels.

I logged on to Audible and immediately downloaded this book, as the Deverill Chronicles had been highly recommended and is probably one of her most well known books.

Most of Montefiore’s novels are standalone but this book is the first in a series that spans 4 books so I knew it would be more epic in nature just based on the scope of this series and time periods each book covers.

Born on the ninth day of the ninth month in the year 1900, Kitty Deverill grows up in Castle Deverill, on the sunning green ghills of West Cork, Ireland — the same place her ancestors have always dwelled. She isn’t fully Irish, as the son of the local veterinarian likes to tease her; but this doesn’t stop Kitty and Jack O’Leary from falling in love…

Bridie Doyle, daughter to Castle Deverill’s cook, cherishes her friendship with Kitty. Yet she can’t help dreaming of someday having wealth, having glamour, having… more. And when she discovers Kitty’s darkest secret, Bridie finds herself growing to resent the girl in the castle who seems to have it all.

As Irish and British forces collide in Southern Ireland, Jack enlists to fight — and Kitty throws herself into the cause for Irish liberty, running messages and ammunition between the rebels. But, her allegiance to her family and her friends will soon be tested… and when Castle Deverill comes under attack, the only home and life she’s ever known are threatened (summary from Goodreads)

I am not really into the whole Irish fight for independence during this time and I felt like this book really focused on that fo a majority of the book. I get that the Irish fight for independence was the catalyst for the change and shift not only in the country but in the Deverill family, but for me those parts were a little over done and I felt like the author hammered them home a little too hard.

I didn’t really like Kitty because I felt like she was so naive,  I also never liked Bridie. I always felt distrustful of her but for both of the women, I had a lot of sympathy for their situations and choices that ultimately shaped them. I don’t know that I agreed with their choices but I did appreciate that they made mistakes like real people. I didn’t love either of them, but I felt like their mistakes and unlikeable qualities were so real and honest. It was a weird love hate relationship for me.

Even though I didn’t love the first book, I will likely continue with the series, since I feel invested in the Deverill family now, I need to know what happens next!