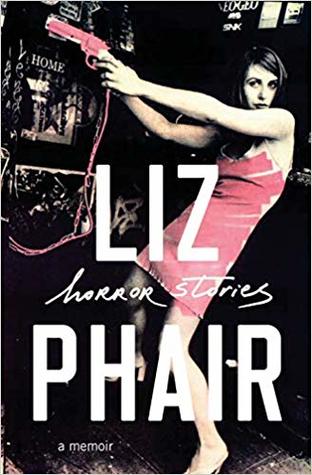 I don’t read a ton of non fiction, especially memoirs. It’s just not a genre that really appeals to me, but on occasion reading biographies or memoirs about Princess Diana, Kate Middleton, or other famous modern women cross my mind frequently.

But as I said, it’s usually a genre that I pass on—though I rarely get pitched a memoir, I almost always skip it. However, I have a mega girl crush on Liz Phair and when I was pitched this book, I may or may not have fan girled hard.

Her music was the soundtrack of my youth/high school years and when I saw this book was coming out, I had no choice but to move things around in my schedule to fit it in!

When Liz Phair was just starting out in the Wicker Park, Chicago, music scene in the early 1990s, she mostly encountered a**holes–mostly men, who didn’t respect her and were determined not to see her fail, exactly, because they didn’t care enough about her to wish failure on her–they just wanted her to get out of their space, to disappear. “Girly Sound” was the name of the cassettes she used to pass around in those days, and in 1993 those songs became the landmark album Exile in Guyville, which turned Phair, at twenty-five, into a foul-mouthed feminist icon.

Now, like a Gen X Patti Smith, Liz Phair tells the story of her life and career in a memoir about the moments that have haunted her most. Horror is in the eye of the beholder. For Phair, horror is what stays with you–the often unrecognized, universal experiences of daily pain, shame, and fear that make up our common humanity. In Phair’s case it means the dangers of falling for “the perfect guy,” and the disaster that awaits her; the memory of a stranger passed out on a bathroom floor amid a crowd of girls, forcing her to consider our responsibilities to one another, and the gnawing regret of being a bystander; and the profound sense of emptiness she experienced on the set of her first celebrity photoshoot.

Horror Stories reads like the confessions of a friend, a book that gathers up all of our isolated shames, bringing us together in our shared imperfection, our uncertainty and our cowardice, smashing the stigma of not being in control. But most importantly, Horror Stories is a memoir that asks questions of how we feel about the things that have happened to us, how we cope with regret and culpability, and how we break the spell of those things, leeching them of their power over us. This memoir is an immersive experience, taking readers inside the most intimate moments of Phair’s life. Her fearless prose, wit, and uncompromising honesty transform those deeply personal moments into tales about each and every one of us–that will appeal to both the serious fan and the serious reader. (summary from Goodreads)

One of the things that stands out to me when I think of Liz Phair, is how personal her musical lyrics are and how many of her songs have a story telling vibe. So I was exceptionally eager to see how that quality translated to an actual book rather than a song.

So let me say this—this was not a traditional memoir. It wasn’t a linear book that had a clearly defined beginning, middle, and end but rather a collection of essays about various topics and issues. At first this was really disconcerting, but in a way it reminded me of a music album with each essay reading almost like a musical track, if that makes sense. This isn’t a book about her life and the music industry but rather things that she experienced and stuck out to her on her journey. It was a little jarring for someone expecting a traditional memoir, but like Phair herself, it’s unconventional and for me—it worked.

Had it been written in this way by someone else, I don’t know that it would have worked in the same way and truth be told, I know there were other reviewers who didn’t like this style of memoir. This wasn’t the format I was expecting but I enjoyed many of the stories due to their candor which is what Phair is widely known for in her songs. I loved that while some of the stories were depressing in content, I never felt like she was entering into self pity mode. She is incredibly talented at putting words to feelings, perhaps because she writes music, but I really felt as though she could articulate her thoughts and feelings exceptionally well.

While this wasn’t the memoir I was expecting, I was thrilled to have read it and loved that it was uplifting even if some of the stories were in fact horror stories. This was an unconventional read as unconventional as the author herself. I throughly enjoyed it!