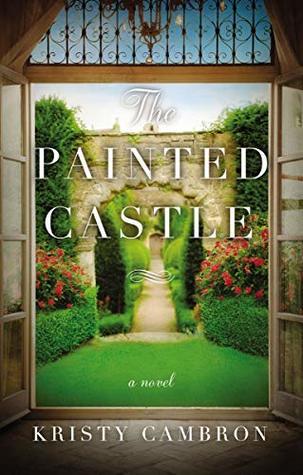 But I really wanted to read it because it sounded so incredibly good and I love ‘sweeping’ novels and this book promised that and so much more so I didn’t want to pass on in simply because I hadn’t read the other books.

So I decided that I was just going to have to read it and see how it went. I know I have had my eye on the first book for quite a while so I debated about going back and reading that one first but ran out of time so I went into this one simply hoping that I wasn’t lost in the series!

It was supposed to be a one-week job: survey an art find, collect a hefty fee, and use that to settle historian Kiera Foley’s life back into balance. But from the moment she sets foot in the East Suffolk countryside, the mysteries surrounding the old English manor and the enigmatic art thief who’s employed her stir more questions than answers. Then, Kiera finds the existence of a portrait captivating enough to upend all of her expectations. This one could be a twin—a painting so close in composition to a known masterpiece, it may be rendered priceless if it truly captured the likeness of a young Queen named Victoria.

Set in three time periods—the rapid change of Victorian England, the tumultuous skies over England’s eastern shores in WWII, and modern day—The Painted Castle unfolds a legacy of faith, family, and stories that are generations in the making. (summary from Goodreads)

So I had zero call for worry on being lost in this story. It was easily a standalone book. I wasn’t at all lost which was such a relief! I think the series  implies that the books will be connected through characters, which is often the case with series where characters carry over etc. But from what I could tell with this one, it was specific to the castle rather than the characters if that makes sense. I was so relieved that this was the case! It was an outstanding read for me and I immediately ordered the other books in the series because I was roped into this one from the very beginning.

There is nothing that speaks to my heart like multigenerational historical fiction with castles and manor houses! The three timelines in this book flowed seamlessly and effortlessly. It’s not often that I feel that each timeline is fully formed and strong. Often one story is stronger than the other but not in this case. Each one was exciting, interesting, and well developed! It was so well done and I enjoyed each plot independently as well as woven together.

This is an ambitious book and I thought that Cambron executed it exceptionally well. There was a lot of ground to cover not just with the timelines but with the characters as well as incorporating some of the Christian themes. It wasn’t an easy novel to weave together I’m sure, but Cambron made it look effortless!

If I had to pick a character that I liked most I think I would say Amelia. It’s difficult to say why but I just felt such a connection to her and really enjoyed her storyline. This book had a lot to love and I was hooked from the beginning as I have said. I loved all the characters and never felt bored or as though the book was in any way slow. It clipped along at a nice pace and kept me more than interested. I can’t wait to read the other books in this fantastic series!

Monday, November 11th: What is That Book About