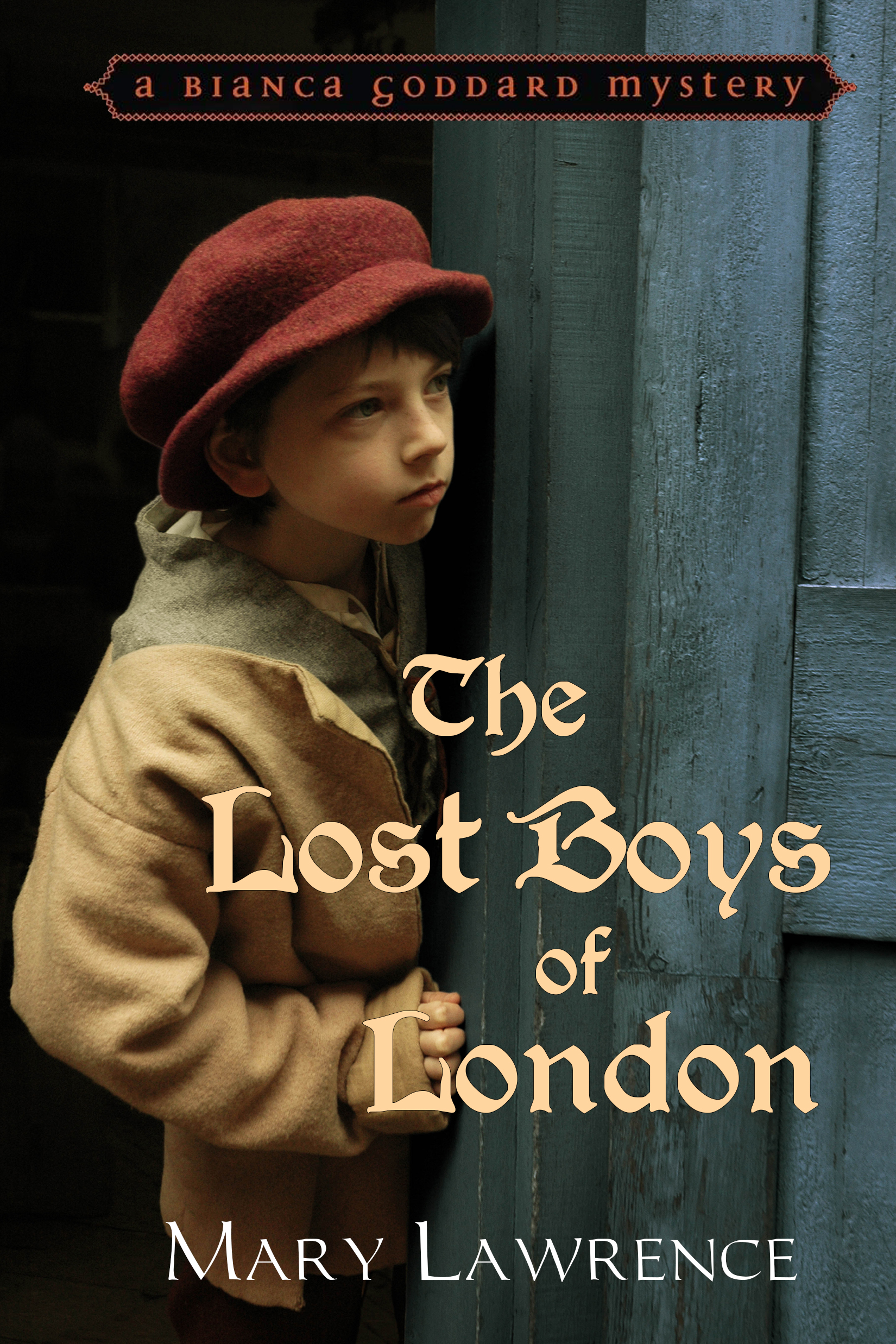 Bianca Goddard is a completely new to me sleuth, last year was the first time I discovered her and it was the fourth book that I picked up. I was told that each book in the series could be read as a standalone, so I was excited to dive in, even if I was skeptical.

I was thrilled that the book was indeed possible to read as a standalone and thought it was a very interesting and enjoyable series so I was excited to read the next book, even if I haven’t gone back and read the other books in the series.

This book sounded exceptionally good as it is set in the final days of Henry VIII reign and seemed to include a Catholic reference so I was excited to see how this one unfolded and as always, to read a well done mystery.

While her husband fights the Scots on behalf of King Henry VIII, Bianca Goddard earns her coin by concocting medicines that offer relief to London’s sick. Some unfortunates, however, are beyond any remedies she can provide—like the young boy discovered hanging from a church dripstone. Examining the body, Bianca finds a rosary twined around the child’s neck. A week later, another boy is found dead at a different church. When Bianca’s impish acquaintance, Fisk, goes missing, she fears he may become the third victim…

There are many villains who would prey on wayward, penniless boys. But Bianca suspects the killings are not brutal acts of impulse, but something far more calculated. In her room of Medicinals and Physickes, she examines the sole piece of evidence: a sweet-smelling, stained cloth. If Bianca can unravel its secret, reputations and lives will be saved. The expected hour of the next murder is approaching, and a single misstep may mean another boy is lost forever. (summary from Goodreads)

One of the things that I remember loving from the first book I read in this series, was how detailed the setting was. The author writes with authority on the period and really makes the reader feel as though they are right there with the characters on the streets of London. The Tudor period is all glitz and glamour when it comes to courtier books, but this book took the darker side of the Tudor era and transports readers to a much seedier area of London.

Not only is the time period well research and developed, Bianca’s character has quickly become a favorite of mine. She is smart and witty. She is more of a middle class character which makes her relatable, like she could easily be a close personal friend of yours and her profession gives readers a unique perspective.

Combining the vivid setting and spunk of Bianca makes the book an easy one to review. I enjoyed it immensely and loved how the author made sure to keep readers filled in on the previous books in the series. I never felt lost or confused. There were loads of twists and turns in this gritty book to keep me guessing until the end. It wrapped up nicely for me and I felt more than satisfied with the story and series thus far.

I would have to say that I think I enjoyed this book more than the fourth book, and that’s saying something because the fourth one was excellent as well! I understand that this book is supposed to be the last one in the series and that just makes me so sad because this is a great series with so much appeal and potential. For me it filled a niche in the historical mystery genre that just wasn’t explored much. So often authors pick Victorian, Regency, or WWII to set their historical mystery novels, I rarely see a historical mystery set in the Tudor era so reading this series has been an absolute pleasure and I look forward to going back and reading the other books in the series!

Don’t miss this one!

Paperback, 320 pages
Published April 28th 2020 by Red Puddle Print
ISBN13 9781734736106
Free review copy provided by publisher, Red Puddle Print in partnership with the author, in exchange for an honest review. All opinions are my own and in no way influenced.
Rating: 5 stars
Genre: historical fiction