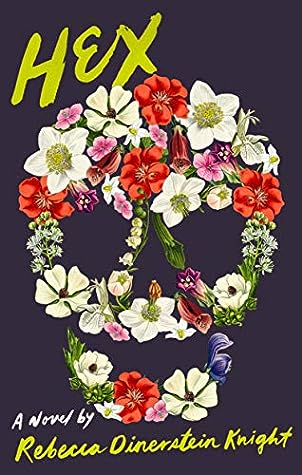 When this book first popped up on my radar I was screaming inside YES! I was drawn in by the cover and description and when I started reading it, I felt like it was going to be a solid and different writing style.

I love science and botany and this book promised that as well as some dark academia which I thought sounded like a unique mix so obviously I went into this book with some pretty high expectations.

While I don’t know that I loved this one, I did enjoy some aspects and would gladly read something else by the author in the future and let me tell you why.

Nell Barber, an expelled PhD candidate in Biological Science, is exploring the fine line between poison and antidote, working alone to set a speed record for the detoxification of poisonous plants. Her mentor, Dr. Joan Kallas, is the hero of Nell’s heart. Nell frequently finds herself standing in the doorway to Joan’s office despite herself, mesmerized by Joan’s elegance, success, and spiritual force.

Surrounded by Nell’s ex, her best friend, her best friend’s boyfriend, and Joan’s buffoonish husband, the two scientists are tangled together at the center of a web of illicit relationships, grudges, and obsessions. All six are burdened by desire and ambition, and as they collide on the university campus, their attractions set in motion a domino effect of affairs and heartbreak.

Meanwhile, Nell slowly fills her empty apartment with poisonous plants to study, and she begins to keep a series of notebooks, all dedicated to Joan. She logs her research and how she spends her days, but the notebooks ultimately become a painstaking map of love. In a dazzling and unforgettable voice, Rebecca Dinerstein Knight has written a spellbinding novel of emotional and intellectual intensity. (summary from Goodreads)

This book is narrated in the stream of consciousness style which can sometimes be difficult to pull off, but the author manages to do an ok job. A stream of consciousness style can be hard for some readers to follow and difficult to find your bearing and like many readers I did struggle to get anchored in this style at first but once I found my way and ended up enjoying the humor and whit from our narrator Nell. Though she isn’t really all that likable, I did enjoy her humor.

The second person perspective is what put me off to this one. I know it’s meant to be used as the narrator talking directly to the audience but it’s a very uncommon style of narration. Stream of consciousness works better when told in the first person perspective in my opinion. It just made the entire novel feel weird and uncomfortable.

I know that a lot of people have felt confused and disappointed in this one. I will say that I thought the first part of the book started off strong. Strong enough to get my invested in the story and wanting to know what happened next and then suddenly it just stopped being as great as it had promised in the beginning. There were lots of other reviewers who loved this book and while I felt invested enough to read this book through until the end, I wasn’t in love with it.

But as I said, I would gladly read something else by this author because I felt like she made bold choices in her writing. While they might not all have turned out excellent, I admire her boldness and would like to see how that translates into future books. The characters and tone of this book held a lot of promise as well and while I wasn’t in love with the final product, I think her style speaks for itself and I am looking forward to seeing what she comes up with next!

Kindle Edition, 224 pages
Published March 31st 2020 by Viking
ASIN B07SWXSSHF
Free review copy provided by publisher, Viking, in exchange for an honest review. All opinions are my own and in no way influenced.
Rating: 2 stars
Genre: contempo lit