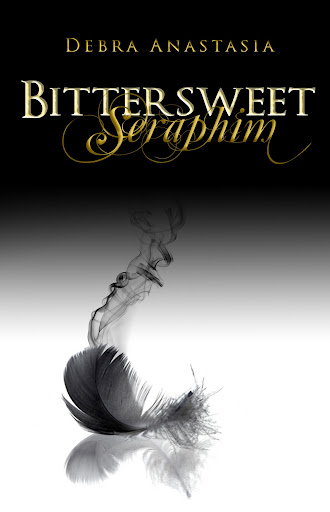 Hell can’t seem to keep Satan Jack in….so now it’s earth’s turn to try. What could possibly be worse than being the keeper of Hell?

How about being stuck on earth as a human without the angel he loves?

Satan Jack had been the keeper of Hell for years and he’s good at what he does.

He keeps things running in an orderly fashion….eternity as he knows it is good. He likes Hell. But that was before he met Emma, an angel trying to save the kidnapped God.

When Jack meets Emma, all bets are off…Hell doesn’t stand a chance at keeping Jack so long as Emma is part of his life.

But when Satan Jack’s one true love ends up trapped in Hell because of him, he is cast out back to earth as a human.

At the end of the last book, Jack was left on earth as a human while the new devil, Everett, has taken his old job. Everett also plans on having his evil way with Emma. Jack has no hope of getting to her…unless he makes a deal with the devil (no pun intended). He’s going to bust Emma out of Hell if it’s the last thing he does.

In order to do that, Jack needs some assistance. He enlists the help of Hells minions and half-breeds. But getting to Emma might be harder than he feared….her rescue comes with a price.

If Jack manages to get into Hell, it means letting the evil out into the world…..and yep he’s good with it. All that matters is Emma. But the problem is so much bigger than just the love between Jack and Emma….it comes down to an age old dichotomy…the battle between good and evil.

Angels and demons collide in an epic battle to save the world but what will Jack do? Will he choose to save Emma and destroy the world or will he cast her off into Hell? The audience eagerly wants to know….WWJD, What Will Jack Do?

As I’ve said before, Satan Jack stole my heart from the first cigarette in Crushed Seraphim! He is the ultimate bad boy! He is just the type of character I love to read: grey.

In this book, we get to see a more vulnerable side of Jack. In the first book, he was more of a dark, mysterious, tormented bad boy. Now that he’s given into his love of Emma, we see a completely different side of him, she is his weakness….he’s vulnerable.

I really enjoyed seeing this side of him. I acutely felt the inner struggle within Jack and his anxiety at reaching Emma as fast as he could. I really like the direction Anastasia is going with Jack’s character. He’s sexy, sensual, charming, and easily wins me over as the romantic interest.

I love Emma, she’s spunky and fun not to mention angelic. She’s a good girl but has a bad side too which makes her appeal to many readers. Not to mention I simply love her and Jack together. They are the perfect mixture of yin and yang. Great chemistry!

While the main characters were totally spot on for me, there were a few mechanical things that interrupted the flow of the story for me.

I also wasn’t really into the other side stories going on (Jason, Katie, Violent, Dean etc). For me, I would rather have had a little more focus on Jack and Emma rather than anyone else but I do realize sometimes other subplots have bearing on the main plot so I am willing to deal but still I found myself impatiently reading the subplots anxious to move on to more Jack.

All in all, I really enjoyed the book. I loved how Jack’s character has evolved and of course I love the sizzling romance between Jack and Emma. I would have liked to jump right into their story instead of focusing on new characters and back story but overall it was a solid story.

I can’t WAIT to see how things end! I’m with Jack, let’s kidnap Debra Anastasia and take her to Hell unless she tells us how the story will end :).

Recommendation: 4 out of 5 (an exciting new angel themed adventure romance)