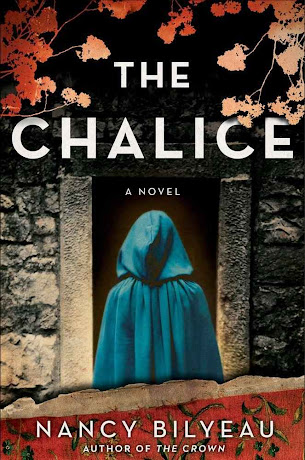 Henry VIII changed the face of England when he broke with the Catholic Church to marry his great love, Anne Boleyn. This decision was felt by all those at court and those in the monastic sects.

Joanna Stafford was once both a noble and a novice nun in training. Once King Henry made the choice to split from the church, Joanna struggles to make a common life for herself in the small village of Dartford.

As the world around her takes shape based on the whims of a tyrannical king, Joanna and those closest to her, feel King Henry’s decisions acutely.

All Joanna really wants is to start her tapestry business close to the priory and close to two men who fight for her heart: the dashing constable Geoffrey Scovill and a close friend and former friar, Edmund  Sommerville.

But being from a noble family has it’s responsibilities….responsibilities that she cannot easily escape. Joanna’s family turns up in Dartford and pleads with her to return with them to court and take up a position fitting for a lady of her birth.

Joanna has no desire to attend court as it is, but she has another reason to avoid London, a reason more sinister in nature than the threat of returning to court: a deadly prophecy foretold by three different seers. Joanna is to be the one who restores the ‘true faith’ to England but it is vague on how she is to accomplish this.

While she tries to puzzle out the prophecy, Joanna’s arrival at court catches the attention of some very unwelcome but powerful players: The Duke of Norfolk and Bishop Stephen Gardiner.

After finding out that King Henry has signed a law into effect forbidding ex-religious figures to marry, Joanna finds her life is about to change drastically. All she ever wanted was a quiet life and she soon discovers all hope of a quiet life is shattered. She finally agrees to meet with the third seer abroad and cooperate with the powers that oppose the King.

Will this revelation change the English monarchy and church forever? How will Joanna’s choice affect those closest to her? When politics, religion, and prophecy collide, sparks ignite and destiny might not be quite what it seems.

My biggest complaint with this novel was that I didn’t start with The Crown! I feel like I should have started this series from the beginning! While I wasn’t entirely lost, I did find a lot of references to the first book. The Chalice could easily be a stand a lone novel but there were times where the first book was referenced and I felt a little lost.

But besides some sequential details, this was an exciting read! The Tudor period is such a stormy and unsettling time in history and what could be a better setting for a religious historic thriller? The time period Bilyeau chose is so rich in history and excitement….you just can never go wrong with the Tudor period when it comes to stories about corruption and treason.

Joanna was also well constructed. She wasn’t overly headstrong which fit within the historic period. For me personally, I struggled connecting with her from time to time, I couldn’t decide if that was because I haven’t read the first book or because I simply couldn’t connect with HER so for now I will not pass judgement on her character. She filled the role of heroine well and I liked her enough to want to know what happened to her next.

I am a sucker for a love triangle and Geoffrey and Edmund brought an extra bit of excitement to the novel. I loved how cocky and self assured Geoffrey was compared to the compassionate ‘nice guy’, Brother Edmund. Two very unique men who both have a hold of Joanna’s heart.

I thought the element of prophecy brought a layer of the occult to the story which was colorful and contrasted nicely with the staunch religious concepts and climate of Tudor England….it wasn’t overly done which made it more realistic. For me it wove nicely into the plot and made me want to keep reading, I love the use of prophecy in literature.

Bilyeau does a nice job peppering the novel with some other famous historic figures throughout, such as Anne of Cleves and Catherine Howard. I thought this showed a true love of the period on the authors part, for me it brought a lot of authenticity to the novel as a whole.

Overall this novel is solid. It has a well constructed unique plot with an equally unique heroine. I can honestly say I am in distress about the state of Joanna’s love life and I simply need to know what happens next! I want to know if she finds happiness, love, and if she ever gets to have a nice quiet life in the country with her tapestry loom!

Book: The Chalice (The Crown #2) by Nancy Bilyeau

Recommendation: 4 out of 5 (a thrilling tale of power, prophecy, and treason)

8 thoughts on “Review: The Chalice (The Crown #2) by Nancy Bilyeau”