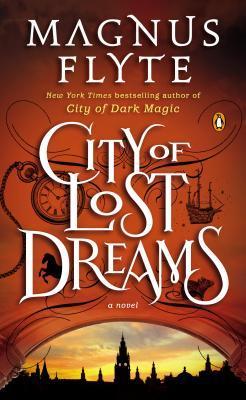 Vienna and Prague are world renowned as cities full of music and the arts….and maybe even a little magic. It is here in the magical city of Vienna that we find musicologist Sarah Weston.

Sarah lives in a world where alchemy, science, and magic all exist together and create a wonderfully rich story….not to mention you throw in all the time travel through the beautiful streets of Prague and Vienna and you have a lyrical read!

Sarah is in Vienna looking for a cure for her friend Pollina who is on death’s door while her other friends, Max and Nico are also searching for a cure.

Nico is looking for an ancient alchemy cure in England when he finds that an old rival is one step ahead of him. Max is in Prague also searching for a cure but he is also trying to figure out the reappearance of  a long dead saint.

While the boys are off, Sarah becomes entangled in a deadly web of secrets, lies, stolen art, and a dangerously attractive horseman who’s more than a little bloodthirsty.

But nothing will be more dangerous than the brilliant and vindictive villain who seeks to bend time itself. Sarah must travel deep into an ancient mystery to save the people she loves.

I think the summary on the back of the book describes this book nicely. As a reader you are getting exactly what is described–a thrilling fantasy read with action and mystery.

Unlike many, I have not read the first book in the series, City of Dark Magic so I was a little lost in this book. From what I gather from the reviews of CODM, is that it’s a little more action packed with a lot going on….this book had some momentum and flowed nicely but I don’t know that I was flying through it.

It took me a while to sort out the characters, what was happening, and some of the other fantasy elements. My ability to navigate the novel is in no way the fault of the author, I just felt like I should have read CODM first before this novel. I felt out of sorts and a little behind on everything. So I can whole-heartedly say that this is not a stand alone novel, I highly recommend reading the first book in the series.

I liked Sarah’s character enough. She seems very self possessed and very much in-tune with her sexuality which I really liked. She seemed like she was a woman who knew what she wanted. She’s a natural skeptic which I am always a fan of, so I respected and admired her character.

The supporting characters were fun….a little cliche but overall I like them all. I wish Max and Sarah had been together more, it seemed like they had a lot of chemistry and when they were together it felt right. I wanted there to be more excitement between the two.

There was a lot of sensual sexual encounters so be prepared for some heat. I thought the sex scenes were tastefully done and appropriate….for some it might be a little much but for me personally I felt as though they were well written–steamy but not crass.

I loved the time travel elements! It’s always a challenge to write a novel set in two distinct time periods but I thought Flyte did a great joy illustrating the streets of old Prague and Vienna. After reading this novel I totally want to visit these wondrous cities!

This is a novel offers a nice escape from some of the heavier literature I’ve been reading lately. This was a nice, fun, frivolously indulgent read! Flyte does a great job explaining how the time travel works so I didn’t have to ‘over think’ it.

If you have read the first book in the series, I think you will enjoy this follow up, but do not try and start the series at the mid way point.

Fantasy and history blended together seamlessly in this book. There was a lot of adventure and mystery in this novel along with some romance, so it essentially has a little something for everyone!

One thought on “Review: City of Lost Dreams (City of Dark Magic #2) by Magnus Flyte”